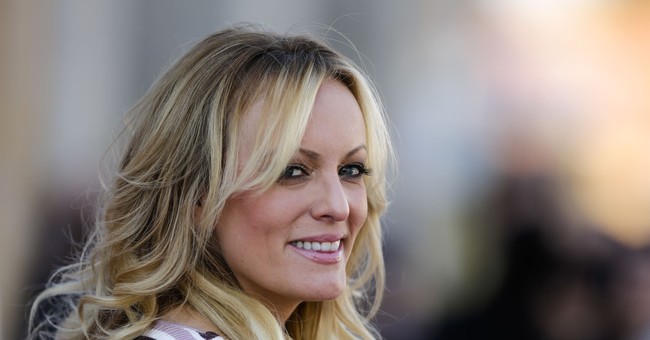 Daniels did open up about her lawsuit against Trump and Cohen.

“I had no idea what I was getting myself into,” she said, referencing the lawsuits. “Nor would I realize what a huge impact the circus would have, not only on my life, but the rest of the world.”

Here are a few highlights from the event:

.@StormyDaniels: “It’s a common misconception that I’m backed or a puppet by the Democratic Party or another political affiliation, but I am not, I am here all by myself” pic.twitter.com/2djbEW7sLH

.@StormyDaniels:”The adult film industry is the only profession I can think of where the women earn double that of the men” pic.twitter.com/muwxO7nyTa

At what point do we hold her accountable for her actions?