WATCH: Sen. Cory Booker Darts Into Traffic as a Way of Getting People to Vote 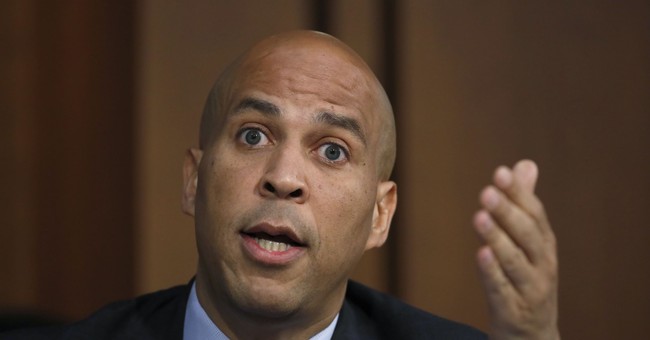 Sign waiving on Election Day is a normal occurrence. It's a great way to remind people to vote if they havent' done so already. But Sen. Cory Book (D-NJ) took it a step further when he darted into on-coming traffic with his "vote today" sign.

Although Booker isn't up for reelection this cycle, his colleague and New Jersey's senior senator, Bob Menendez (D) is. And he faces a tough reelection campaign.

Hugin has been outspending Menendez by a 3-1 margin, but Menendez has been boosted by the Senate Democrats’ super PAC, which announced a $2.8 million increase in funding to Menendez last week, on top of another $3 million it recently shifted to New Jersey.

Booker is rumored to be considering a 2020 presidential run. Gov. Phil Murphy signed a bill Thursday allowing any member of the U.S. House or Senate from New Jersey to run for those offices in addition to pursuing the White House.

Let's see if Booker's sign waiving and car dodging will pay off for Menendez.

Oregon May Actually Make Its Mask Mandate Permanent
Rebecca Downs
Chris Cuomo Has Been Fired, And Supposedly Even More Information Has Come Out
Rebecca Downs
Even More Key Democrats Are Getting Caught Up Engaging in Mask Hypocrisy
Rebecca Downs