Diggin' Up The Past: Dem Congressional Candidate Founded a Socialist, Anti-Capitalist Bookstore 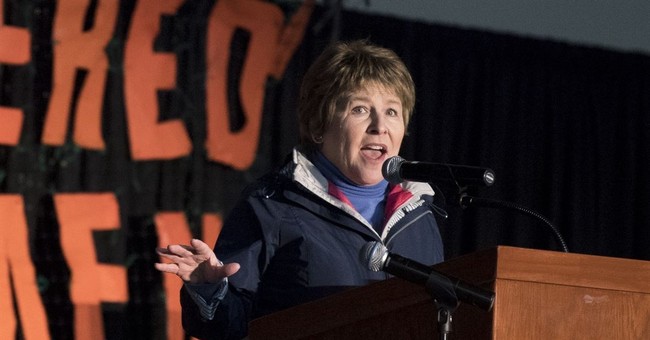 A Democratic congressional candidate in Washington State founded a socialist bookstore back in the 1970s. Lisa Brown, who is running against House Republican Conference Chairwoman Cathy McMorris Rodgers, founded Left Hand Book and Record Collective in Colorado in 1979, The Washington Free Beacon reported.

According to the bookstore's Facebook page, they are "Boulder's one-stop-shop for all socialist, resistance, revolutionary, radical, alternative, and anti-capitalist literature."

The store touts their large selection of works by known socialists.

A 2013 article in the Boulder Weekly goes into detail of the bookstore's closing. According to Dave Anderson, a retired librarian from University of Colorado, Boulder and a member of the Democratic Socialists of America, he frequently encouraged the bookstore's owners to rebrand themselves.

"Actually, we sometimes just say we feature 'progressive' literature in an effort to reach out to more mainstream folks," Anderson said.

Interestingly enough, Brown's 1986 thesis talked about how her socialist friends and, in particular, this group played a vital role in her life.

During the 1990s, Brown taught macroeconomics at the University of Central America and strongly supported Nicaraguan President Daniel Ortena, who was head of the Sandinista National Liberation Front, the Democratic Socialist Party in Nicaragua.

If Lisa Brown is so proud of her progressive, socialist past, why is she doing everything in her power to hide her resume? Why is she trying to bury various aspects of her life? Probably because of Washington's fifth Congressional district is conservative. And if they knew this part of Brown's past, it'd be more of a liability than an asset.