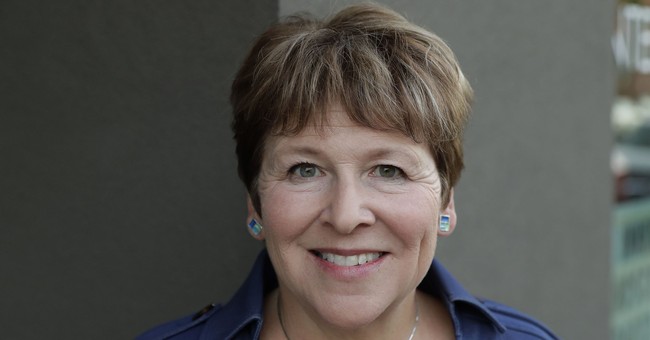 Around 1990, Brown traveled to Nicaragua to teach economics at the Central American University in Managua, where she supported the Sandinista National Liberation Front government. When the conservative National Opposition Union won power in 1990, Brown expressed worry that the new leaders would walk back the partially state-run command economy, replacing it with a more conservative, market-based economy.

They changed that paragraph to:

Around 1990, Brown traveled to [[Nicaragua]] to teach economics at the Central American University in Managua.

Another paragraph that was changed originally said:

In 2016, Brown accompanied former Lieutenant Governor of Washington Brad Owen to Cuba on a fact-finding trip concerning healthcare Upon return, Brown praised aspects of the community based Healthcare in Cuba In the same interview, Brown stated that aspects of the Cuban model should be used in the United States.

The Wikipedia page was edited by the IP address mail.gmmb.com and the consulting group's website is gmmb.com, the Free Beacon reported.

This is the IP address belonging to @GMMB, who edited @lisa4congress' Wikipedia page. pic.twitter.com/QFBGjcsGYt

"I started on the activist side of politics," Brown said during an event at Washington State University back in March. "I worked in opposition to U.S. policy in Central America, which I felt was supporting governments that were not supporting the human rights of the people in the countries and creating war and refugees."

During the 1990s, Brown taught macroeconomics at the University of Central America and was "one of hundreds of so-called ‘internacionalistas,' cooperating with Nicaragua's outgoing Sandinista government by offering technical skills," the Free Beacon reported.

Those who were deemed "internacionalistas" strongly supported Nicaraguan President Daniel Ortena, who was head of the Sandinista National Liberation Front, the Democratic Socialist Party in Nicaragua.

When Ortena lost, Brown became worried. In fact, she was mentioned in a newspaper article after Ortena's defeat. It's important to note that Brown favored "Nicaragua's 'mixed' economy, in which banks and institutions are state owned. She says that allows the government to distribute more wealth to the poor."

“This just goes to show that Lisa Brown will go to any length to try and hide from her long and radical record. That’s not fair to the voters of Eastern Washington. Voters deserve to know about each candidate’s past and present beliefs, and Cathy is proud of her record of leadership and results for the people she represents," Jared Powell, spokesman for Rep. Cathy McMorris Rodgers, told Townhall.

The Lisa Brown campaign did not respond to Townhall's request for comment.