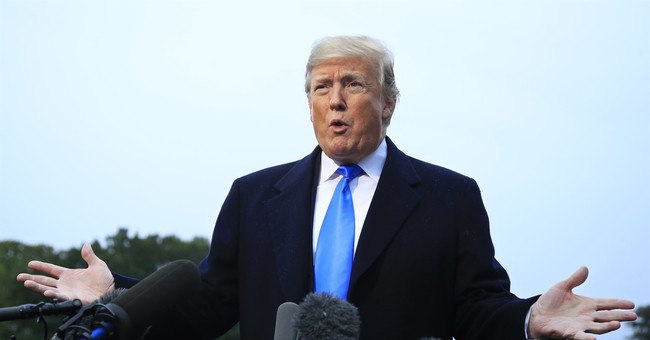 After multiple bomb threats over the last few days, the Committee to Protect Journalists (CPJ) on Friday urged President Donald Trump to roll back his criticisms of mainstream media news outlets and journalists, Business Insider reported. The CPJ is a nonprofit organization dedicated to protecting journalist's right to report the news without fear of retaliation, the group's website states.

According to the CPJ, President Trump may have encouraged the bomb threats.

"It would be reckless and dangerous for President Trump to continue his rhetorical assaults on the press and branding of journalists as enemies of the people after this spate of package bombs aimed at political figures and CNN," CPJ Deputy Executive Director Robert Mahoney said in a statement. "While we cannot say that Trump's speech directly incites violence, it is clear that some people are influenced by it. Journalists across the country feel unsafe because of the constant hostility and belittling of their role in our democracy by the head of state. It needs to stop."

Here's the thing: President Trump wouldn't need to constantly slam the mainstream media and their attacks on him if they did their job in a fair and balanced way, like they claim they do. Reporters at places like CNN and MSNBC try to say that they give fair coverage without any kind of political bias. But guess what? You can go on Twitter or listen to talk radio and on-air interviews and clearly see the left-leaning bias that these reporters have. They give their opinions left and right and jump to conclusions before all of the facts come out. That's not being a reporter. That's being a talking head.

It's absolutely absurd to think that Trump chiding the press' for their shoddy coverage would directly correlate to the man behind the bomb threats. Not once has Trump told anyone to attack people on the opposite side of the aisle, journalists included. Not once has Trump condoned violence on anyone. If anything, Trump has condemned those who use violence and physical harm to hurt those they politically disagree with.

Trump is like the average American in one sense: we're tired of "fake news" and opinions being passed off as facts. While politicians in the past have stood by and allowed their names to be drug through the ringer, President Trump has decided to face things head on. That's why he's called out the mainstream media for their shenanigans. He wants to hurt their wallet, not their body.