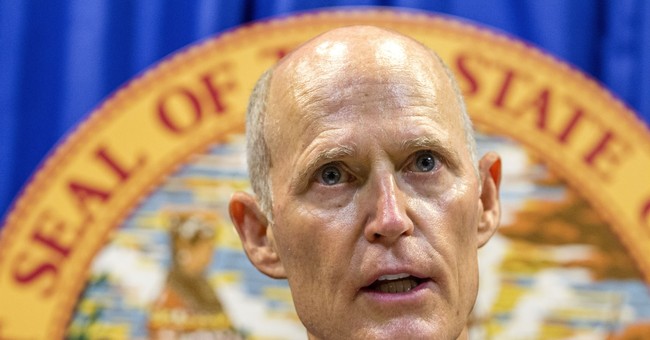 “This concept of career politicians has got to stop,” Scott said yesterday during a speech. “We have to have term limits on Congress.”

“If you travel this country, everybody around the country says, you know we need term limits. There’s one place they say we don’t need ‘em. Where’s that? Washington D.C.”

“I’ve always run every race like there’s no tomorrow —regardless of my opponent. While it’s clear that Rick Scott will say or do anything to get elected, I’ve always believed that if you wake up every day and if you try to do the right thing, the politics will take care of itself.”

Current and former Florida Republican politicians have expressed their support for Scott’s candidacy.

“Rick Scott has provided strong, conservative leadership for our state throughout his time as governor,” former governor Jeb Bush tweeted. “Rick's exactly the type of leader we need in Washington right now, and I know he will represent Florida well in the U.S. Senate. @ScottforFlorida”

Rep. Ron Desantis (who is running for governor) and Senator Marco Rubio have both tweeted their support for Scott as well.