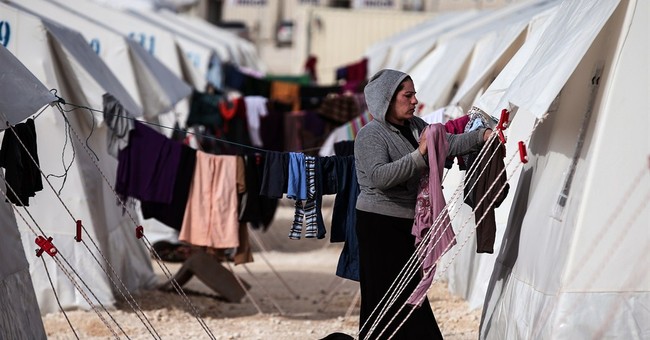 The Federal Bureau of Investigation is apprehensive about the State Department’s plan to resettle thousands of Syrian refugees in the United States. FBI Assistant Director Michael Steinbach said Wednesday that those seeking a new home would have to be thoroughly vetted before relocating to U.S. soil.

“I’m concerned,” Steinbach said under oath at a hearing of the House Committee on Homeland Security. “We’ll have to take a look at those lists and go through all the intelligence holdings and be very careful to try to identify connections to terrorist groups.”

The comment came in response to a direct question from the Committee Chairman Michael McCaul (R-TX), probing whether the refugees could possibly be a threat to American lives.

“The barbarians are at the gate,” McCaul said at the hearing. “We want to keep them outside the gate of the United States. I’m concerned that some are already returned.”

Reports released earlier this week indicate that thousands of individuals from western nations are streaming to the middle east to connect with extremist forces, and still possess western passports to return undetected to their home countries to potentially launch lone wolf attacks.

Nicholas Rasmussen, Director of Homeland Security National Counterterrorism Center, explained in his testimony that it is possible that there are far more operatives from Western nations that have travelled to conflict zones than U.S. intelligence agencies are aware.

“We estimate upwards of 150 Americans have traveled or attempted to travel to Syria to join extremist groups,” Steinbach testified. “However, once in Syria, it is very difficult to discern what happens there. This lack of clarity remains troubling to the IC.”

“The rate of foreign fighter travel to Syria is unprecedented,” Rasmussen added. “It exceeds the rate of travelers who went to Afghanistan and Pakistan, Iraq, Yemen, or Somalia at any point in the last 20 years.”