Fate and the End of an Era 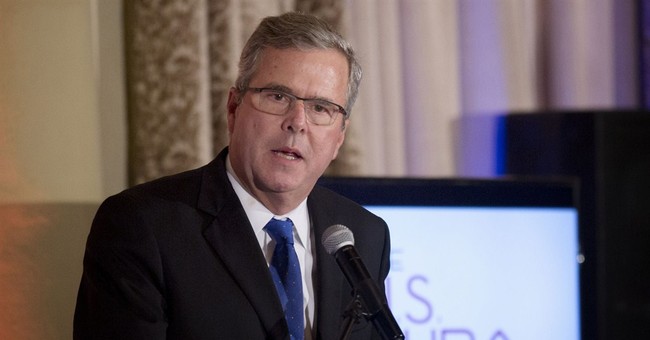 So much of life’s ups and downs are determined by twists of fate. Hard work and talent can get a person 95 percent of the way there, but almost all success stories include a ‘big break’ at a critical time in life that clears the path and changes a career forever.

We must remember this as we contemplate the case of the continuing chatter about Jeb Bush running for president in 2016. Washington elites are so scared of a real Republican primary in 2016 that they are pushing the former-Florida governor into running.

Let us first say without equivocation: Jeb Bush was a great governor of Florida and would have made a great president. RedState has policy differences with Gov. Bush on a few issues, but that in no way diminishes his eight years serving the good people of Florida. Charlie Crist (when he was a Republican) and current Gov. Rick Scott stand on his shoulders.

But a trip down memory lane is in order. Everyone remembers 1994 as the Gingrich Revolution, the Contract with America, and the end of over four decades of Democratic rule of the House of Representatives. We remember a contrite President Clinton and the ‘era of Big Government is over.’ Less remembered though is that two sons of the president that Clinton defeated were both running for governor, Jeb in Florida and obviously George W. in Texas.

If you remember the press reporting at the time, predictions were that Jeb (at the time seen as the natural political heir to his father) would easily win and that George W. would be beaten by the only other female political figure with a national profile at the time besides Hillary Clinton. That would be Ann Richards, a woman more authentically Texas than Texas itself. National Democrats underestimated how much Texas had changed politically despite Richards’ charm, and Republicans overwhelming underestimated the sitting Democratic Gov. Lawton Chiles. Jeb had to wait another four years to gain the Florida prize as the Bush presidential train left the station with a different conductor at the helm. The rest is history.

It’s time for the Republican Party to embrace this fact, and in embracing fate move beyond it to bigger and better things. Which brings us to a consideration of the usefulness of political dynasties. There is no way to sugar coat it: Political dynasties are by nature corrosive and do a disservice to our democracy.

It is impossible to avoid the toxic combination of entitlement and father knows best condescension. Democrats are a perfect fit for dynasties because they dovetail nicely with the ‘government is the solution for every problem’ worldview. The Clintons are betting on this fit to avoid a real fight on their side next year.

The Republican Party must avoid falling into this trap at all costs. Jeb Bush seems better suited at this point in time to play the role of ‘candidate filter.’ Instead of running himself, he could serve as an undisputed and trusted arbiter of whether a potential candidate ought to be taken seriously by the primary electorate.

The Republican Party is in dire need of such a person. We are awash in consultants whose only goal is to play matchmaker between rich donors and ego-driven, clownish non-candidates. These candidates serve as the conduit between the rich donor money and its intended destination, the consultant’s bank account. In this scenario, the Republican Party is wounded, we lose elections, and democracy ultimately suffers in the end.

The Republican Party now has a deep bench of battle-tested governors, senators, and other leaders around the country that are doing all the right things, laying the groundwork to be competitive in the next cycle. It’s a testament to our party that we don’t need political dynasties to survive or even thrive in the next cycle and beyond.

The intellectual battle for the party’s nomination promises to be rigorous and will be a delight for Republicans, the nation, and the world to witness. It will be in stark contrast to a Clinton coronation beset by old ideas recycled from a bygone era. This sets up nicely for victory on Election Day.

Bryan Pruitt is a D.C.-based director at RedState.