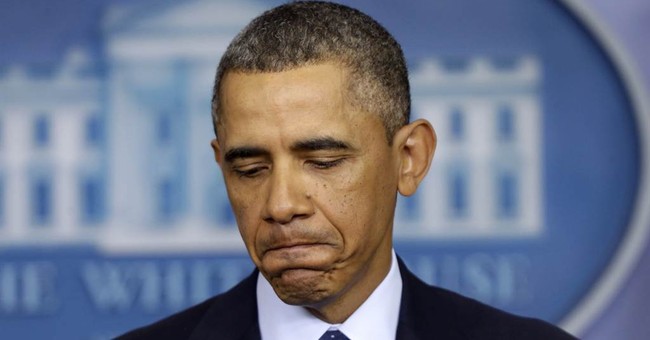 The candidate least like President Obama will have the best chance of succeeding him. HotAir's Noah Rothman reports for the December issue of Townhall Magazine.

For political professionals, the next presidential election begins the minute the last one ends. Even before revelers abandon the cavernous halls in which a new president accepts the public mandate and sleepy custodians sweep up the confetti that rained down upon the victor hours prior, aspiring presidential candidates begin the process of gaining allies, securing the support of donors, and vying for media attention.

The once “invisible primary” has grown more perceptible in recent decades. While the public can enjoy their lives in the years between a presidential and a midterm election unaware that presidential politics is raging, it is a comfort of which all are robbed when the midterms are over. In just nine months, Hawkeye State residents will convene for the Ames Straw Poll. Overt campaigning for that honor begins months earlier.

The 2016 presidential election cycle is upon us.

Barack Obama’s presidency has left the country with one enduring lesson: Campaigning and governing are distinct activities that require divergent, often conflicting, skill sets. As always, the next president will be the candidate who out-campaigns his or her opponents. But history suggests that Americans are seeking more in a president today than merely a campaigner-in-chief. The voting public is already asking themselves which traits would be most desirable in Obama’s successor, and it serves both parties to be aware of what those characteristics might be.

Ensuring that the tepid post-recession recovery does not reverse course, reviewing the prosecution of America’s endless Middle Eastern wars, unfreezing the debate over how to address the failing Affordable Care Act, and preventing nascent revanchism from taking hold in Moscow and Beijing will certainly be on the next president’s agenda. However, any number of unforeseen eventualities is certain to test the character of America’s 45th president.

So, what character traits will Americans most favor in their next chief executive? Recent history suggests the public will back the politician who is the most dissimilar to the current president. The mass media era has turned the quadrennial presidential race into even more of a beauty contest, and the winner a celebrity. After years of unmet promises and the best intentions producing suboptimal results, Americans hunger for efficacy from the next occupant of the Oval Office. The record indicates there will be no appetite for an Obama doppelganger.

Americans knew President Nixon had competently managed America’s affairs abroad. Imagine another president honored with a standing ovation from a joint session of Congress dominated by the opposition party in the summer of an election year, an honor bestowed on Nixon after he opened China. When he resigned as a result of his ethical deficiencies, his once vaunted obsessive attention to managerial details was no longer trusted. He was justifiably seen as manipulative, paranoid, and Machiavellian.

Nixon’s vice president and immediate successor was deprived of a fresh look from the voters, and acquired a few negative traits all his own. The 37th president’s elected successor, President Carter, was everything the long-time GOP standard-bearer was not. He appeared earnest, forthright, faithful, and sincere to the point of naiveté.

The Carter presidency did not deliver on its promise. President Reagan benefited from the perception that he was Carter’s polar opposite; a strong, decisive, competent manager who would not be distracted by trivialities, pitiless when need be, and undaunted by adversity.

When two-term presidents leave office in times of general public satisfaction, voters will often seek out traits in their successor that mirror the outgoing president. President Bush was seen as a sufficient successor to Reagan and a dispassionate manager who would keenly oversee the collapse of communism in Europe.

President Clinton was buoyed by the perception that Bush was rigid, inaccessible, hopelessly dated, and married to a code of conduct that belonged to another age. Clinton—sanguine, affable, and charismatic—represented a welcome change. President George W. Bush, far more so than Al Gore, was an affable everyman who promised to extend the post-Cold War vacation from history he had inherited from Bill Clinton.

September 11 and the War in Iraq changed Bush and the American people. The public’s preferred antidote to a president now perceived as headstrong, provincial, and inept, was the professorial, worldly, meticulous, and self-assured President Obama.

Predictably, those traits that were once Obama’s attractive attributes are now his curse. Obama’s professorial nature seems aloof today. His worldliness is seen as a mirage, a product of self-delusion. His meticulousness perceived as paralysis that betrays a lack of conviction.

History suggests that Obama’s successor will be the candidate who can present the strongest contrast with the president. In 2016 Americans will seek out a figure of demonstrable executive competence; a doer, not a talker.

Value a candidate’s competence, policy prescriptions, and pedigree above all else. But do not discount the intangibles. The fundamentals of war or peace and growth or recession will largely determine who takes the oath of office on January 20, 2017. But in this election, perhaps more than most, character will matter. We cannot determine who will best address crises not yet known or meet challenges not yet manifest, but we can identify the type of person we want to be in a position to face that adversity.