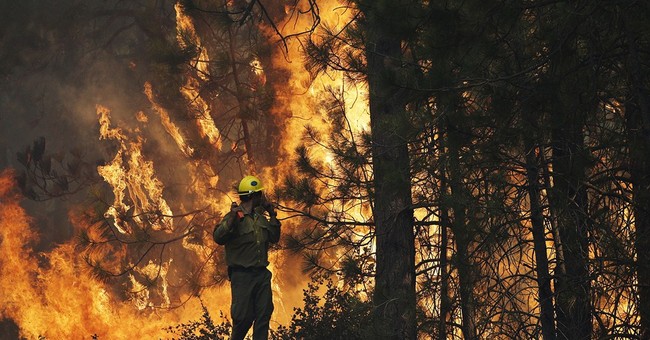 “I’ve preserved more than 3 million acres of public lands for future generations, and I am not finished,” President Obama proudly declared before signing a proclamation newly designating the 500,000-acre Organ Mountains-Desert Peaks National Monument in New Mexico in mid-May. “I’m searching for more opportunities to preserve federal lands where communities are speaking up, because wherever I see an opening to get things done for the American people, I’m going to take it.”

In the perfect centrally-planned fantasy world inhabited by Obama and his fellow Big-Government progressives, politicized and top-down bureaucratic control really is the smartest and most effective means for ensuring proficient environmental stewardship and preserving our natural heritage for future generations.

But back here in the real world, Big Government simply isn’t getting the job done.

Passed at the height of the progressive movement in 1905, the Antiquities Act empowers the executive to unilaterally declare public landmarks and assign the federal government with the seemingly simple and innocuous task of environmental preservation.

Back in March, the president used the act to designate more than 1,600 acres along the Northern California coast as the Point Arena-Stornetta Public Lands. And in March of last year, he used the act to “protect” more than 240,000 acres as the Rio Grande del Norte National Monument, also in New Mexico. And all of this despite the fact that the National Park Service (which only directly manages about 15 percent of all federal lands) already has an estimated deferred maintenance backlog of at least $12 billion.

Deferred maintenance projects include repairs for roads, bridges, hiking trails, sewer systems, and pollution controls which go unaddressed while the fate of our national parks and natural resources are often left to await the mercy of political and fiscal decisions in Washington, D.C.

It can be quite politically difficult for opponents to argue against any executive action that gets to use something as apparently innocuous as environmental conservation as its ostensible mission statement, and don’t progressive environmentalist know it!

For decades, litigious environmentalist groups have used the growing reams of regulations governing the federal estate to go to court to steer public-land management and policy decisions in the direction that they prefer. That direction reliably means pushing land-use policies away from the sort of dynamism and innovation that allows for diversified, productive uses like cattle grazing, timber harvesting, energy development, and even recreation, and usually toward shutting off entire areas from human use on the supposed behalf of the desert tortoise or the sage grouse or some other almost-approaching- endangered species.

Clinton-era U.S. Forest Service chief Jack Ward Thomas once noted that court battles have tied the agency into a

“Gordian knot” that creates a “vicious cycle of increasing costs, time delays, and inability to carry out management actions.” As a result, the Forest Service is severely limited in their forest- thinning and other fire-suppression activities. This has led to catastrophic wildfires that have ravaged the arid West.

Instead of bringing still more lands under the inept umbrella of top-down management, the federal government needs to start selling off federal lands, both for the sake of the environment and the budget (and if that seems a bridge too far for too many, then the Obama administration can at least open up the federal estate to innovative, more free-market techniques like commercial leasing or public-private park partnerships that can actually generate revenue and court management decision from the people on-the-ground with the most complete knowledge).

Big-Government-loving environmentalist types are all too happy to accept on faith that the federal government is the best possible steward of environmental quality across the American landscape, rather than the hotbed of inefficiency, incompetence, and increasing costliness that ruins ecosystems, restricts access, dampers rural economies, and runs up the national deficit that it actually is. •