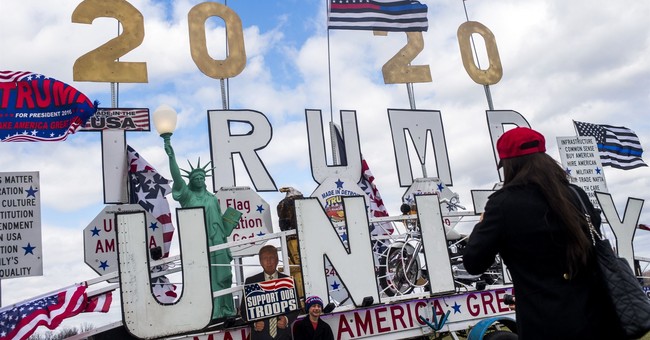 Earlier, Matt covered all the reasons why President Donald J. Trump deserves the Nobel Peace Prize and why Democrats would be apoplectic if it actually happened.

"The Korean War is coming to an end. It’s the conclusion of the last major chapter of the Cold War. Both sides said there’s an agreement on a peace treaty and the denuclearization of the peninsula. It’s something that has eluded the Bush and Obama administrations. Funny—Trump mocks North Korean dictator Kim Jong-un, called him “rocket man,” and sets off a panic among Democratic circles that his tweets could set off nuclear world war III. Why? Well, because North Korea threatened to do so, which they’ve done for years. It shouldn’t be taken seriously—and it wasn’t; the markets reallydidn’t have seismic shifts over this. Everyone thought Trump was mishandling this crisis, and in the end, both sides have agreed to officially end the war.

So, once again the media and the Democrats were wrong. And now, President Trump is being considered fora Nobel Peace Prize. Could you imagine how the Left would react if he were to win it? President Obama won it and he escalated a war in Afghanistan, failed to confront ISIS, and dithered on Syria. Obama did nothing when the Russians annexed Crimea. Did nothing when chemical weapons were used in Syria as well. Who does South Korea give immense credit for bringing North Korea to the bargaining table? Donald J. Trump. Besides the Twitter exchanges, the Trump White House slapped North Korea with a series of sanctions over missile tests."

It seems that President Trump's base would agree with that assessment as well. Last night at his rally in Michigan, the crowd began chanting "Nobel! Nobel! Nobel!" as if they were chanting "MVP!" at a professional sporting event.

Trump responds, "That's very nice..Thank you...I just wanna get the job done," as if he knows the talk is a little bit ahead of itself and he has to actually accomplish something before even thinking abut the Nobel Peace Prize. Regardless, President Trump looked remarkably focused on getting the job done as he said those lines.