366: The Number of Days the Ex-First Lady of Virginia Will Spend in Jail 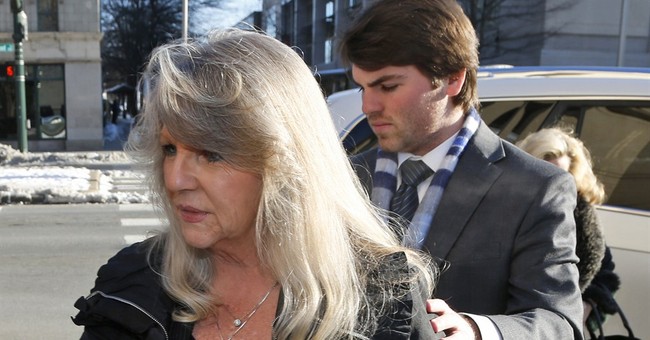 Maureen McDonnell, wife of former Virginia Gov. Bob McDonnell (R), is on the fast track from penthouses to prison cells.

On Friday a U.S. District judge sentenced McDonnell to spend 12 months and one day in jail, after finding her guilty on eight counts of public corruption.

Prosecutors had asked for an 18-month sentence. Defense attorneys requested probation and 4,000 hours of community service.

Former Gov. Bob McDonnell, convicted of 11 counts, was sentenced to two years in prison last month. He is free on bond while he appeals the convictions to the 4th U.S. Circuit Court of Appeals, which will hear arguments May 12.

A jury in September found the McDonnells guilty of taking more than $165,000 in gifts and loans from Star Scientific Inc. CEO Jonnie Williams in exchange for promoting his company's nutritional supplements — primarily the tobacco-derived anti-inflammatory Anatabloc. Among the gifts were about $20,000 in designer accessories and clothing for Maureen McDonnell and a $6,500 Rolex watch she gave her husband for Christmas.

The judge agreed to allow McDonnell to remain free on bond while she appeals the convictions.

The former first lady pleaded for a light sentence, saying she had already been punished for the crime in many ways:

"My marriage is broken, my family is hurting and my reputation is in shatters."