War Chest: RNC Is About To Make A Huge Investment To Protect The GOP Majority In Congress 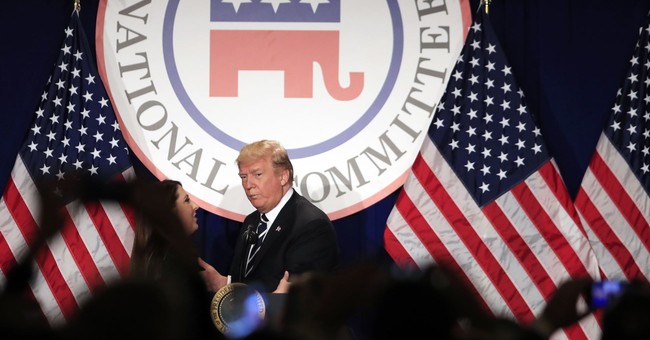 The Republican National Committee is about to drop some serious cash to defend GOP majorities in the upcoming 2018 midterms, and it’s not like they’ll be sinking heavily in debt in the process either. They’re planning on dropping $250 million this cycle. They have a little over $50 million cash on hand, with an additional $213 million raised for the 2017-2018 cycle.  The RNC raised $13.9 million in June alone, a record for an off-year election. The committee has no debt. This is the most money the RNC has raised for a midterm cycle ever, with 99% of supporters being small dollar donors.

“What I see when I travel the country is that Americans continue to be enthusiastic about President Trump and the Republican agenda. That enthusiasm has allowed for me to grow our war chest and invest it into what has become the biggest ground game in our Party’s history,” said RNC chairwoman Ronna McDaniel in a statement.  The chairwoman has done her work in the trenches as well, reportedly on the phone for several hours a day with donors. She’s also traveled over 150,000 miles, attending 88 fundraisers in 29 states to continue to fill the GOP coffers.

Since January, the RNC added 100,000 new online donors. The average donation was around $30. Besides the eventual ad buys, the money is also funding an administration working to ensure victory come November. You need state directors, regional field directors, communications directors, field organizers, and data crunchers. The RNC has deployed 500 staffers in 27 states this year.

We’re going to need every penny. While we’ve seen the GOP reclaim some ground, especially on the generic ballot, Democrats still lead, albeit by single digits. Trump is driving voter enthusiasm on both sides. Democrats know they can kill the Trump agenda if they retake the House. Republicans know that as well. We have 106 days until Election Day. That’s an eternity in politics.

As for the Democratic National Committee, well, they’re millions in debt, the Democratic small donor army has mostly evaporated, and vampire Hillary sucking more cash outof the committee for access to their campaign’s data and email lists doesn’t help. Then again, I’m not complaining about that.