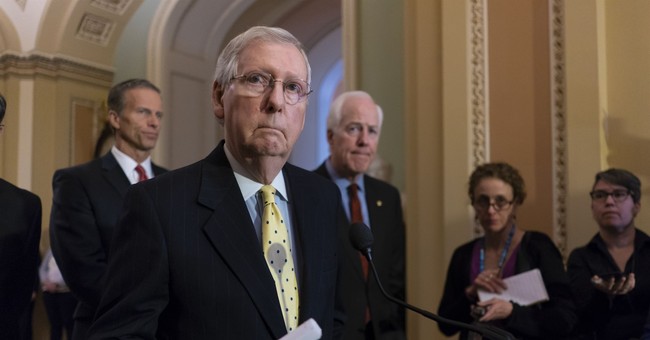 The FBI raided the office, residence, and hotel room of President Trump’s personal lawyer last week. Trump was reportedly furious, calling the raid a “disgrace” and an attack on the country. He also said it was part of a witch-hunt. The information that spurred the raid was reported to have come from Special Counsel Robert Mueller, who is heading the DOJ’s probe into whether the Trump campaign colluded with the Russians in 2016. This information was not within the purview of the investigation, so he passed it onto fellow federal authorities. The New York Timesreported that Deputy Attorney General Rod Rosenstein signed off on the raids. When asked about whether he’ll fire Special Counsel Robert Mueller, Trump uttered the famous, “we’ll see what happens.” That phrase has been the kiss of death to some of Trump’s top administration officials.

It might not have been soon for some, but Steve Bannon and Rex Tillerson certainly have had the “we’ll see” remarks regarding whether they’ll stay or go. Both men were fired. With such unease, Democrats and some Republicans felt it was necessary to protect Mueller by legislation. Senate Minority Leader Chuck Schumer (D-NY) criticized Trump’s remarks, saying they were yet another exercise in the president undermining American institutions. He called for legislation to be put forward for a vote to protect Mueller. Well, those efforts to save him from possibly being fired have been killed by Sen. Mitch McConnell (R-KY). The Senate Majority Leader said such a bill is not necessary because Trump is not going to fire him  (via AP):

Senate Majority Leader Mitch McConnell on Tuesday thwarted a bipartisan effort to protect special counsel Robert Mueller’s job, saying he will not hold a floor vote on the legislation even if it is approved next week in the Senate Judiciary Committee.

McConnell said the bill is unnecessary because President Donald Trump will not fire Mueller.

“We’ll not be having this on the floor of the Senate,” McConnell said on Fox News.

His comments came amid widespread opposition to the bill among members of his caucus, with several GOP senators saying the bill is unconstitutional. Others said it’s simply not good politics to try and tell Trump what to do, likening the legislation to “poking the bear.”

The bipartisan legislation was introduced last week as Trump publicly criticized Mueller, who is investigating potential ties between Russia and Trump’s 2016 campaign as well as possible obstruction of justice by the president. Trump, fuming about a raid of his personal lawyer’s office by a different division of the FBI, said last week that the Mueller investigation is “an attack on our country” and is “corrupt.”

Senate Judiciary Committee chairman Chuck Grassley (R-IA) was moving a bipartisan bill forward that would have protected Mueller. McConnell said in a statement that at the end of the day, what gets decided on the Senate floor is up to him and this isn’t on the docket (via Chicago Tribune):

"I'm the one who decides what we take to the floor. That is my responsibility as the majority leader. And we'll not be having this on the floor of the Senate," McConnell said Tuesday on Fox News.

McConnell's statement comes barely a week after Senate Judiciary Committee Chairman Charles Grassley, R-Iowa, said the panel would take up and vote on the measure during a business meeting April 26. For months, Grassley had refused to weigh in on legislation to protect a special counsel from being fired without cause, insisting that the committee would consider only one such bill, if it took up any at all.

Grassley was among those raising constitutional concerns. Nevertheless, when the bipartisan quartet of senators behind the measures struck a compromise deal last week, Grassley was quick to promise their bill time in the Judiciary committee - and even propose an amendment of his own to give Congress an additional backup option to better review an order to fire a special counsel, even if the courts strike down the specific judicial review procedure outlined in the measure.

Now, as for Rosenstein, he could very well be fired. In fact, the deputy attorney general himself has reportedly confided to colleagues that he’s ready to be served his pink slip, but that he has no regrets as to how he conducted himself at the DOJ. Yet, as Rosenstein oversees Mueller, this could also be seen as a way to undercut the DOJ probe into Russian collusion, which would definitely set off congressional Democrats, maybe even a few Republicans.