In Seattle, Police Can No Longer Report 'Suspects,' They Have To Say 'Community Members' 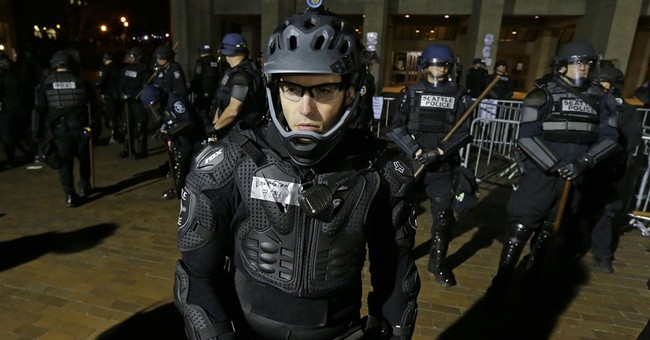 I wish this was a joke, but it’s not. In Seattle, police can no longer use the term “suspect” for use of force reports. Instead, they have to write “community member.” Alas, we have political correctness now infesting law enforcement. Also, this isn’t new. KIRO 7 reported that the Washington’s Department of Corrections no longer calls prisoners inmates; they call them students (via KIRO 7):

When Seattle police officers write use of force reports they no longer call a suspect a suspect.

“Community member” is the new term. Several officers say the term is offensive, explaining their work with violent suspects.

Sources point to the suspect who shot three officers last month after a downtown Seattle armed robbery. When officers involved in that incident were writing their use of force reports they were required to refer to the shooter, Damarius Butts, as a “community member,” not a suspect, police sources said.

Police fatally shot Butts after they said he shot the officers.

“I think this is all in an effort to make sure our report writing sounds politically correct,” Seattle Police Officers' Guild Kevin Stuckey told KIRO 7.

Last fall, the Washington Department of Corrections stopped calling inmates “offenders” and instead use the term “student.”

“The term ‘offender’ does have a negative connotation and significantly impacts a broad group of people and communities,” Acting DOC Secretary Dick Morgan wrote in an internal department memo, obtained by KIRO 7.

So, if you shoot people, you’re a community member on the run. If you’ve been tried, convicted of a crime, and sent to jail, you’re a student.

What in the fresh hell is this?