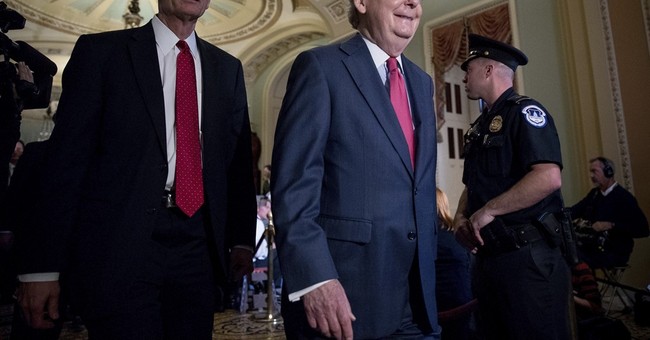 The Republican strategy to repeal and replace Obamacare has hit another snag: what to do about the taxes. There are some who want to repeal all of the laws’ taxes, though some Republicans want to keep a few on the books to provide a revenue stream for a replacement plan. As a result, congressional Republicans might delay a bill to repeal these taxes. These are just rumblings from sources from the House Ways and Means Committee and lobbyists working on the issue. We’ll have a clearer picture of the GOP path on Obamacare once the new Congress is sworn in, but the timetable to repeal to law is said to be three years. Or at least that’s the initial proposal at the moment. Sen. Mitch McConnell (R-KY) said that a move to repeal the law would be happening this Congress.

Congressional Republicans are considering holding off on repealing some of ObamaCare's taxes, according to lobbyists familiar with the discussions.

GOP lawmakers on the House Ways and Means Committee discussed the possibility of keeping some of the taxes in place during a retreat last week at the Library of Congress, the sources say.

Even if some of the taxes are not removed as part of the initial repeal bill, it does not necessarily mean they will remain indefinitely. Some ObamaCare taxes could be dealt with as part of a larger tax reform bill later in the year.

Some conservatives have long pushed for repealing the entire health law, including the taxes. But other Republicans, including Sen. Bill Cassidy (R-La.), want to keep some of the taxes to provide revenue for a replacement plan.

An analysis from the Brookings Institution this week noted that if all of ObamaCare’s taxes are repealed, Republicans would only have about 40 percent of the $1.2 trillion cost of ObamaCare left to spend towards a replacement.

Repealing the law, making sure no one loses their insurance en masse, making sure the replacement is more fiscally sound etc.—all of that needs to be assessed. Cost-benefit analyses need to be run and re-run to make sure we get this right. And with a GOP Congress—we certainly have a better opportunity to get health care right. In the meantime, a premium hike is looming for most of the country.