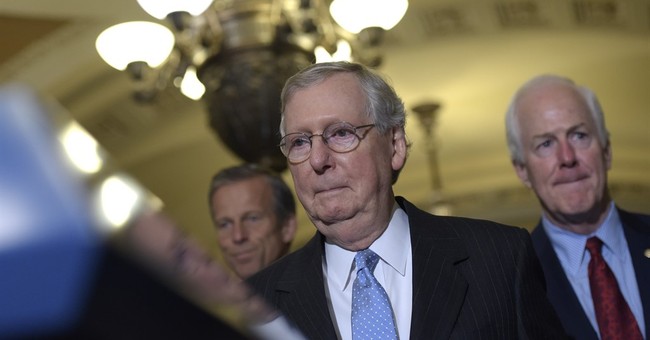 Senate Republicans, flush with victory and defying the odds, have maintained their majority in the upper chamber and vowed to move quickly on repealing Obamacare. Senate Majority Mitch McConnell (R-KY) said, “It's pretty high on our agenda as you know. I would be shocked if we didn't move forward and keep our commitment to the American people."

President-elect Donald Trump has vowed to repeal President Obama’s signature domestic achievement. McConnell did not discuss whether reconciliation would be used, though the chances of that are likely since the GOP majority is slim. And there is virtually no chance that Senate Republicans will be able to cobble together nine Democrats to reach 60 votes for cloture. Still, make no mistake, Trump and Congressional Republicans have signaled that Obamacare repeal is on the table. Yet, as with most bills, a lot of cost analysis, meetings, and the formulation of a replacement piece of legislation could take some time (via the Hill):

Senate Majority Leader Mitch McConnell (R-Ky.) said Wednesday he would be "shocked" if Republicans did not move forward with repealing the health law, but declined to discuss if reconciliation would be used.

The GOP’s toughest challenge ahead, though, involves replacing ObamaCare — a problem that has consistently dogged Republicans since the law’s passage.

Experts say it is likely a repeal bill would delay the date it takes effect to give lawmakers time to try to come up with a replacement. The reconciliation bill last year did not include a replacement but phased out the subsidies and Medicaid expansion over two years in what could allow time for a replacement.

Republicans would face difficulty uniting around the details of a plan and dealing with factors like cost estimates, despite the outline put forward by House Republicans this year.

Joe Antos, a healthcare expert at the conservative American Enterprise Institute, said there would have to be some kind of transition period so people were not kicked off their plans right away.

"I don't think you can get anybody to say 'OK, on February 1 you're off,'" Antos said. "2018 is another matter," he added, though he noted that the law could be adapted rather than completely scrapped.

In an interview, Sen. John Barrasso (R-Wyo.) would not absolutely commit to using reconciliation to repeal ObamaCare, noting that there still had to be planning meetings with the Trump transition team, but spoke favorably of the test run the process got last year.