No Love: Jeb Having Trouble Winning Over Brother’s ‘Foot Soldiers’ 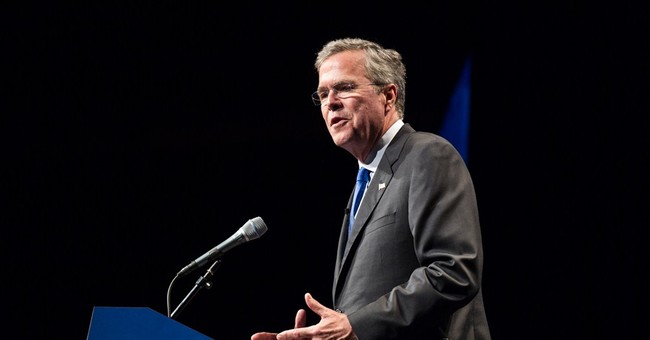 Former Florida Governor and potential 2016 candidate Jeb Bush isn’t finding much love within his brother’s inner circle. It’s a cross between ambiguous to pretty much 'hell no' among Dubya’s foot soldiers, despite the fact that that Jeb has the highest name recognition–and will probably haul in the most cash (via NYT):

While George W. Bush himself and many in his circle, especially those closest to the family, are enthusiastic about the prospect of a third Bush presidency, many of the Republican foot soldiers who worked for the former president in his campaigns and his administration have not rushed to back his brother’s emerging operation.

A sampling conducted largely by email of about 120 people who worked for George W. Bush — from cabinet secretaries to foreign policy advisers to advance aides — found about 25 who said they were supporting his younger brother. Fifty others said they were neutral or supporting another candidate, while the rest did not respond, apparently passing up a chance to declare allegiance to the next Bush candidacy.

Some harbor the same reservations that other Republicans do about the notion of a dynastic presidency passed from one member of a family to another. Some simply want a fresh start, concluding that the party would make a stronger case against Hillary Rodham Clinton, the likely Democratic candidate, by nominating a new figure like Senator Marco Rubio of Florida or Gov. Scott Walker of Wisconsin. Some nurse doubts about Jeb Bush specifically, even on policies he shares with his brother.

“I’m neutral,” said Matt Latimer, a former White House speechwriter. “If pressed, I’m inclined to adopt the Barbara Bush philosophy — enough Bushes.” (Mrs. Bush, the mother of the two brothers, has since taken it back. “I’ve changed my mind,” she said.)

Another former White House official who worked closely with former President Bush said it would be a mistake for the country for his brother to become president. “I happen to believe the U.S. is Bushed and Clintoned out,” said this official, who like many others asked not to be named to avoid offending his former boss. “It is time for others to lead.”

Others noted the deep 2016 field; they may support Bush, but they also like Sen. Marco Rubio (R-FL) and Gov. Scott Walker (R-WI). Yet, the Times noted that the folks channeling the neutral route are the ones who were the most conspicuous during the George Bush administration. Former Vice President Dick Cheney, Condoleezza Rice, Ed Gillespie, Ari Fleischer, Michael Gerson, and Mark MacKinon are all mum on Jeb 2016.

This lack of unity among the Bush allies could present a problem for Jeb. It shows that even his brother’s most loyal followers aren’t so sure about him, especially when there are significantly more conservative candidates running next year. While this news is mostly inside the beltway, one of the candidates representing the conservative wing of the party could decide to use this as debate–or campaign–fodder. A significant proportion of Republican primary voters aren’t die-hard Bushies, the Troubled Asset Relief Program (TARP) passed in the twilight of the Bush presidency still irks Tea Party voters, and more than a few have rejected the compassionate conservative label that embodied Bush 43’s presidency. At the same time, there are conservatives, like Arthur Brooks, who are focused on helping the truly destitute, and preserving the social safety net in a sustainable manner.

Nevertheless, as Dan pointed out earlier today, Jeb is leading the pack (barely), according to a Washington Post/ABC News poll. But Hillary would still beat him by a comfortable eight-point margin in a head-to-head contest. Yet, Rubio seems to have claimed the frontrunner title over at CNN. Regardless, Hillary’s internals in the CNN poll are quite poor–and she still beats Bush in a matchup. It highlights that Bush might be a fragile frontrunner, or a top-tier, candidate a la Romney in 2012–and we all know how that ended. This is one of the man reasons why conservatives, and organizations like For America, are labeling Bush as unelectable.