Deal Reached On TPA: Reid Calls It ‘Something That’s Fair’ 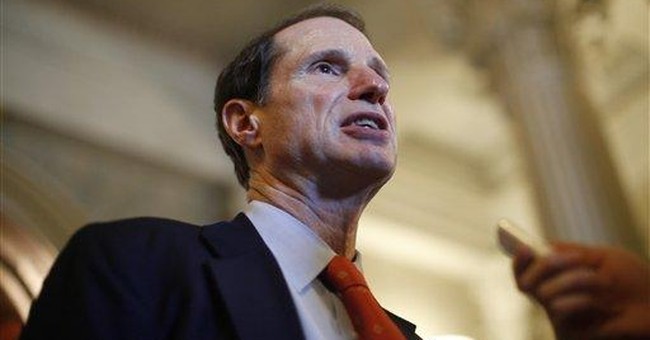 Republicans and pro-trade Democrats have regrouped after Sen. Harry Reid was able to cobble enough votes to block fast-track authority on the Trans-Pacific Partnership from moving forward yesterday. Sen. McConnell altered the bill, allowing Democrats to vote on a provision aimed at combating currency manipulation as a separate bill (via Politico):

The agreement, announced by Senate Majority Leader Mitch McConnell (R-Ky.) on the Senate floor, would give Democrats a chance to vote on two of their trade priorities as standalone bills, in addition to the fast-track measure.

Holding the additional votes would “not imperil” the fast-track bill, McConnell said. Republicans, pro-trade Democrats and the president all say the Trade Promotion Authority measure, which would allow the president to expedite trade pacts through Congress, is vital for approving a huge Pacific Rim trade agreement currently being negotiated by the administration.

We have to take some of these votes separately or we kill the underlying legislation,” McConnell said. “It’s reasonable. and I look forward to our colleagues from across the aisle joining with us.”

“I think we’ve come up with something that’s fair,” Reid said.

Though the agreement locks in votes on worker protections, it stops short of what Democrats were demanding on Tuesday: A guarantee they will become law by attaching them to the Trade Promotion Authority legislation.

Instead, a customs enforcement bill that includes currency manipulation language and the African Growth and Opportunity Act, which provides duty-free access for sub-Saharan African countries to sell many goods in the United States, will move by themselves.

After those are dispensed with on Thursday, the Senate will proceed to vote to open debate on a trade assistance bill intended to help U.S. workers affected by trade agreements and the fast-track package. That vote is expected to easily succeed now that party leaders have struck agreement.

Pro-trade Democrats were summoned to the White House Tuesday afternoon after blocking the trade package, then met privately on Wednesday morning.

Senate Finance Chairman Orrin Hatch (R-Utah) and ranking member Ron Wyden (D-Ore.), perhaps the pivotal Democrat on trade, never stopped talking about a way to break the logjam, Wyden said in an interview, even after Hatch lambasted Wyden for changing the terms of their deal on trade assistance and fast-track.

“We have been working with Democrats and Republicans pretty much non-stop since yesterday,” Wyden said. “Failing on this is completely unacceptable.”

Yet, the New York Times noted that President Obama would veto the currency manipulation bill if it passes both houses, making it more of a “symbolic” gesture. The White House fears Japan, one of the major partners in the TPP trade agreement, would be scared away from the bargaining table, according to the Times.

As Burgess Everett at Politico noted, it may be difficult to complete the trade deal this month due to the upcoming Memorial Day recess, with infrastructure and surveillance laws that need to be renewed beforehand. Not to mention, the TPP is a ten-year trade deal whose participating nations constitute 40 percent of the world’s GDP. It’s sort of a big deal, and one that will increase U.S. GDP by $77 billion and create 550,000 jobs over the next ten years.