In A Throwback To the 1970s, Heroin Is Making A Comeback In New York City 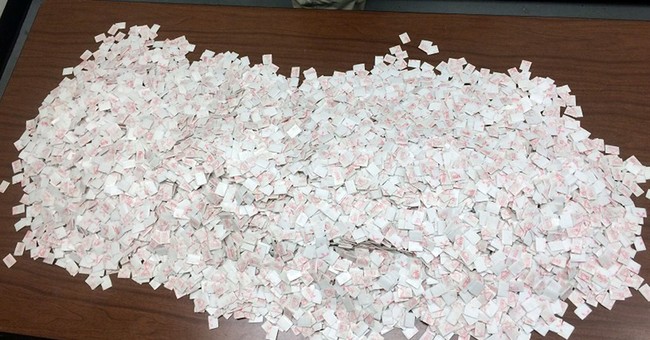 Heroin is back in the Big Apple. Police seized almost $300 million worth of heroin in 2014, and the number of people dying from overdoses has surpassed that of homicides (via New York Daily News) [emphasis mine]:

Smack is back big time in the Big Apple, where fatal overdoses outnumber homicides and law enforcement seized roughly $300 million worth of heroin in 2014.

Exact numbers for last year were not available, but 420 people died from heroin overdoses in 2013 — when there were 335 homicides, according to the city’s Department of Health.

In the first quarter of 2015, the DEA alone has already taken nearly 220 pounds of smack off the streets — equaling the amount they seized in all of 2014. The office of the special narcotics prosecutor has seized an additional 120 pounds of heroin this year.

“We’ve never seen these numbers, not even in the heroin epidemics from 30 to 40 years ago,” said James Hunt, special agent in charge of the DEA’s New York Field Division.

By the end of 2013, the five neighborhoods with the most heroin deaths included Fordham, Tremont and Mott Haven in the Bronx and Tottenville and Willowbrook in Staten Island — communities on opposite ends of the city both physically and financially, officials said.

Opioid addiction is now so prevalent in Staten Island that the NYPD requires all borough officers to carry a dose of Naloxone — a nasal spray that helps revive victims suffering from a heroin or prescription drug overdose.

By May 2014, more than half of the cops in the city were carrying the lifesaving drug, which has been credited with saving 11 people in the first three months of 2015.

The publication added that the lion share of heroin pouring into the city is from Mexican drug cartels who operate out of "innocuous" houses in the Bronx and Northern Manhattan.

As I wrote in a previous post, this is a throwback to the 1970s, where it was estimated that nearly 200,000 people in the city were using heroin. Hyde Park was called “Needle Park” due to the amount of syringes that were found. If there is a silver lining, the levels of violence in New York City, specifically the homicide rate, isn’t returning to the nightmare levels that plagued the city for nearly a quarter century before Rudolph Giuliani was elected mayor in 1993. In 1980, there were 1,814 homicides. By 1990, that number reached 2,245. Yet, by 2001, crime was down significantly, as was drug use.

Nevertheless, for a good portion of the 20th century, New York City was something of a nightmare. Let’s hope this rise in heroin use isn’t a harbinger of other socially destructive trends.