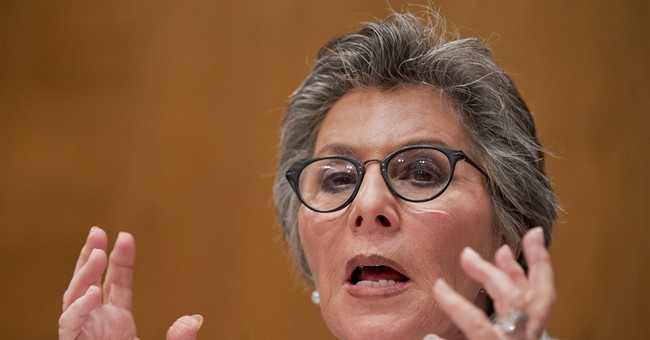 Well, let’s start with some good news; Tom Steyer, the billionaire global warming crusader, has decided not to run for Barbara Boxer’s seat in 2016. Steyer would have had a huge money advantage, given his personal wealth, if he had tossed his hat into one of the most expensive campaign rings in the country. Some folks are saying this could be a $1 billion race. California Lieutenant Gov. Gavin Newsom also decided not to run in 2016, possibly looking towards moving into the Governor’s mansion in 2018.

Right now, the only person to officially declare their candidacy for Boxer’s seat is California Attorney General Kamala Harris. Yet, there are A LOT of potential candidates that have yet to make their intention known. Of course, Harris is the frontrunner, but if enough Democrats run and split the vote; then it’s possible–given California’s jungle primary system–that two Republicans could be the two top vote getters for the 2016 election. Also, the poll showing Harris dominating the field didn’t include former Los Angeles Mayor Antonio Villaraigosa, who is seriously considering running as well (via the Hill):

In California's unusual primary system the top two vote-getters of any party advance from the June primary to the general election, meaning in the blue state there's a possibility of two Democrats facing off in the general election — or potentially two Republicans if enough Democrats run and split up the vote.

But the poll suggests it's unlikely that two Democrats will face off if a respectable Republican mounts a challenge. Rep. Tom McClintock (R-Calif.) leads, with 28 percent support, with 2012 GOP gubernatorial nominee Neel Kashkari at 12 percent, suggesting that a Republican with some statewide name identification would likely make a runoff.

Then, there’s the Villaraigosa effect (via LA Times):

Villaraigosa has previously expressed interest in running for governor. But according to a source close to the former mayor, he sees a path to victory in the Senate run as the only major political figure from the Los Angeles area considering a run. And the race will take place during a presidential campaign, with expected higher voter turnout among Latino, African American and Asian voters -- constituencies he successfully tapped during his mayoral contests.

Among political observers and some of his supporters, Villaraigosa is viewed as a better legislator than an executive. Before serving as a two-term mayor of Los Angeles, he was speaker of the California Assembly. Potential obstacles for his candidacy include business decisions he has made since leaving office, as well as personal baggage that led to the dissolution of his marriage.

But being the only Latino candidate to run for the seat would be a boon.

The Hill also noted that Villaraigosa has the highest name recognition in the Democratic field, and if he runs; “his campaign could play on the traditional north-south California political split and potentially rally the state's large bloc of Hispanic voters to his corner.”

So, yeah, there are a lot of people running for this seat. It’s the wild bunch.