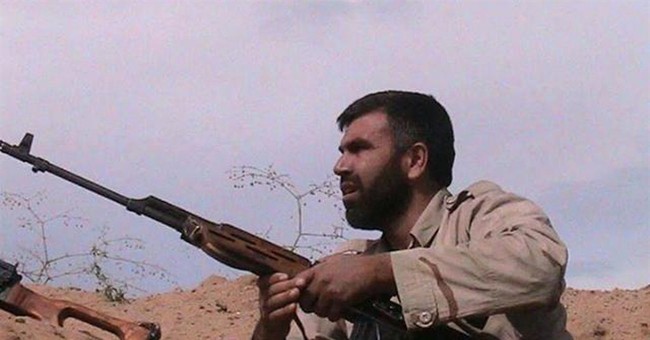 Yep. That’s right; 400 American troops will be shipped to Syria in the spring to train moderate rebels in the region (via AP):

It’s projected that up to 5,400 Syrian rebels will be trained. The U.S. already has over 2,000 military personnel in Iraq working with their forces, but military commanders feel the situation hasn’t reached a “tipping point” there. With Syria, it’s a whole other animal. One of the arduous tasks ahead of this mission is finding out which rebel groups are friend or enemy for a lack of a better term; a phrase that should be take lightly, if not with complete skepticism in this part of the world (via Defense One):

In addition to the trainers, the U.S. military expects to deploy hundreds of additional U.S. military personnel as so-called enabling forces who will deploy alongside the trainers to provide security and other support at the training sites, according to senior defense officials. Coalition partners are expected to contribute forces as well for an effort that for now is envisioned to train about 5,400 rebel forces each year for three years.

U.S. military commanders and intelligence sources say that while there is not yet a tipping point in Iraq, the combination of the airstrike campaign and the assistance to the Iraqi forces there has at least slowed the Islamic State’s ability to maneuver.

But Syria is a different story. With no American combat boots on the ground and limited intelligence, the U.S. is struggling to have an impact there against Islamic State militants or the Assad regime.

One of the biggest hurdles for the U.S. training program for Syrian rebels is identifying and vetting individuals to train. Defense officials said earlier this month that the U.S. is working closely with other U.S. government agencies as well as partner nations to find rebel fighters who would be candidates for the program.

But identifying rebel fighters who don’t have ties to Jabhat al-Nusra, the main al-Qaeda affiliate in Syria, is extremely difficult for a Pentagon with limited resources on the ground.