Is Senator Hagan Getting Nervous? 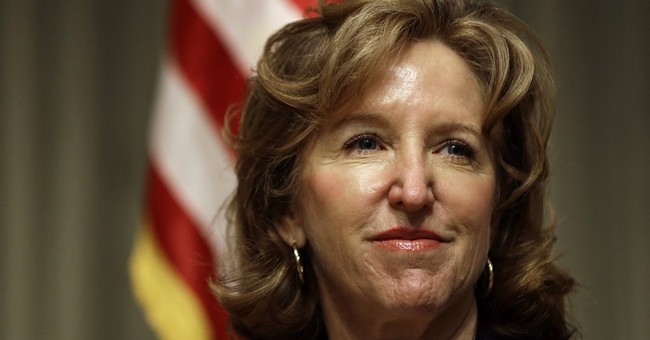 Is Senator Kay Hagan getting nervous? The incumbent Democratic U.S. Senator from North Carolina is the proud beneficiary of a $9 million dollars worth of media buys from the Democratic Senatorial Campaign Committee (DSCC). Hagan is vulnerable this cycle, with polls showing her in a dead heat with her Republican opponent, Speaker of the North Carolina House of Representatives Thom Tillis. Media buys are common in elections, but this is the biggest one in this race so far, which has some people wondering if Hagan is hitting the “panic button” (via Charlotte Observer) [emphasis mine]:

The ad buy, the largest so far in North Carolina, would be paid out through the end of the campaign. It reflects both the outside interest in a race that will help decide control of the Senate and, some say, concern about Democratic incumbent Kay Hagan.

“It tells me a couple things,” said Jennifer Duffy, an analyst with the Washington-based Cook Political Report. “One, that she really is in trouble. They’re not going to spend that kind of money defending an incumbent who’s in reasonably good shape.

“Two, they’re going to do the negative ads because I don’t think her approval ratings can take any more hits.”

Brad Dayspring, spokesman for the National Republican Senatorial Committee, said the buy signals that Democrats have hit the “panic button.”

“The DSCC very clearly believes that if Kay Hagan loses North Carolina, their majority is gone,” he said in a release.

Along with this media buy, Hagan is hoping to link discontent with North Carolina's GOP leadership to Tillis, while Tillis is trying to make Hagan synonymous with Obama and his failed policies. Republicans look like they have the Senate races in Montana, West Virginia, and South Dakota locked, but they need three more to retake the Senate. And North Carolina, Louisiana and Arkansas all have vulnerable red state Democratic Senators–with each race being a bellwether for survival for the other two. Grab some popcorn.