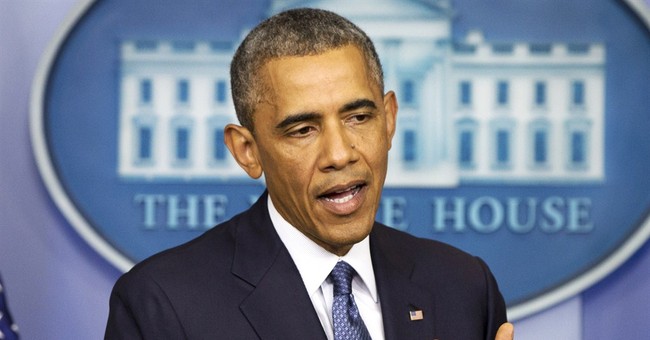 Yesterday, our own Amanda Munoz tracked the immigration votes, especially the contentious vote to kill the Deferred Action for Childhood Arrivals (DACA) program, which was enacted in June of 2012 to stem deportations of children who were brought to the U.S. illegally by their parents. It provides work permits for them.

The debate leading up to the DACA vote was tense and rambunctious, with accusations of xenophobia and racism being hurled at Republicans by House Democrats (via Roll Call):

The measure sparked one of the most vitriolic debates in recent memory. Democrats hurled accusations of xenophobia, cowardice and racism against Republicans. At times, they sat back in their seats on their side of the aisle in the House chamber and smirked, sarcastically applauding some of their biggest foes like Rep. Steve King, R-Iowa. During other moments, they booed.

“In January you were saying that all Dreamers should get green cards and citizenship,” Rep. Luis V. Gutiérrez, D-Ill., charged in a scathing floor speech. “Now, Michele Bachmann, Steve King and Ted Cruz are writing immigration law for the Republican Party.”

“This is one of the mean-spirited and anti-immigrant pieces of legislation I have seen in all my years of Congress,” said Judiciary ranking member John Conyers, D-Mich.

Republicans shot back, saying that they were acting not out of insensitivity but out of concern for the separation of powers that Obama, in executing DACA, has allegedly disregarded.

“You failed to act, so don’t point your fingers at us!” Rep. Raúl R. Labrador, R-Idaho, told Democrats, who during their control of the House, Senate and White House did not enact comprehensive immigration overhaul legislation.

If you want to keep track of the crossover votes for your bipartisan trackers, four Democrats joined Republicans on the DACA vote. Eleven Republicans voted no, citing optics, but didn't speak out on the House floor, according to Roll Call. On the $694 million dollar border funding bill, one Democrat crossed over to vote yes, while four Republicans joined Democrats in rejecting the proposal.

Only 1 Democrat voted with the Republicans on the border bill: Cuellar http://t.co/4u0KmiVe8M — Roll Call (@rollcall) August 2, 2014

As for H.R. 5230, the Wall Street Journal reported that the new GOP bill offered less than one-fifth of the $3.7 billion the White House demanded to address the border situation. Needless to day, President Obama isn’t happy with the outcome of today’s votes in the House and says he’ll act alone to address the crisis (via AP):

President Barack Obama condemned the Republican action and said he'd act unilaterally, as best he could.

"They're not even trying to solve the problem," the president said. "I'm going to have to act alone, because we do not have enough resources."

Obama said he would reallocate resources where he could, while making clear his options were limited without congressional action. The administration already has taken steps including re-ordering immigration court dockets and boosting enforcement measures.

The Associated Press also noted that the DACA bill was necessary to get the more conservative Republican members onboard to do something about immigration. It also provided funds to reimburse states that deploy National Guard units at the border.

In a statement from White House Press Secretary Josh Earnest, he called the GOP’s actions irresponsible:

The legislation put forward tonight by House Republicans does not responsibly address the problem of unaccompanied children apprehended at the border, and could result in the deportation of hundreds of thousands of DREAMers, young people who were brought to this country as children and are Americans in every way but on paper. The Deferred Action for Childhood Arrivals (DACA) program prioritizes the limited resources of the Department of Homeland Security to deport dangerous criminals rather than DREAMers. It is extraordinary that House Republicans are demanding that we reverse that prioritization as a price for getting the resources needed to deal with the urgent humanitarian situation at the border, reduce the immigration court backlog, and address the root cause of child migration.

Republicans in Washington have repeatedly called the situation at our border a crisis; yet, tonight they are considering partisan legislation that will not address the problem and is sure to be rejected by the Senate. As the President said today, the Administration will continue to manage the border as responsibly as possible and address our broken immigration system, but no Administrative action is a substitute for Congressional action. That’s why the President will urge Congress to fix our broken immigration system once and for all upon returning from their recess by doing what the Senate did over a year ago and pass serious, comprehensive immigration reform legislation with bipartisan support.

As for the media reaction, the response was what we expected from the usual crowd.

I think a good q to ask oneself on legislative votes: do you think you're on the right side of history?

Frustrated to see House GOP pass anti DACA bill, all in the name of symbolic appeasement of a handful of pot stirrers w/no end game in sight

United We Dream, a pro-illegal immigration organization that boasts how they “pressured” Obama to initiate DACA in 2012, also voiced their displeasure on Twitter.

BREAKING-@HouseGOP just passed a bill that could put half a million in #deportation! ACT NOW http://t.co/iNUcC0tJJm #Immigration #BorderBill

Right now, the August recess has begun. Senate Majority Leader Harry Reid won’t even bring the DACA or border funding bills up for a vote. So, after the House moves forward to get something done, Mr. Reid has to be there with the wet blanket.

In the meantime, RedState had this to say about DACA's impact.

Also, Hot Air's Mary Katherine Ham had some fun with the Washington Post, who said the GOP turned this vote into a public relations nightmare.

No, GOP, the headline on your story will never be, “It’s virtually impossible to be a successful modern House.” http://t.co/ysEE6K8hT0

Strange that @TheFix thinks it means absolutely nothing that the House GOP did in fact pass something, writes stories as if it didn’t.