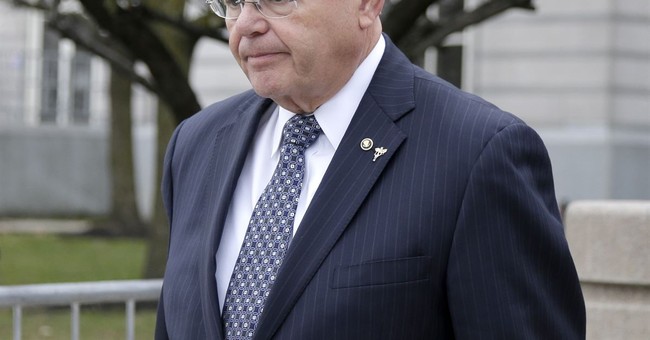 Media bias continues to be on full display, this time regarding the networks’ coverage of the scandal surrounding Alabama Senate candidate Roy Moore compared to how much focus was given to Sen. Bob Menendez’s corruption trial.

Over a four-day period from November 9 to November 13, ABC, CBS and NBC dedicated 79 minutes and 42 seconds of morning and evening newscasts to covering the allegations of sexual misconduct against Moore from the 1970s.

Meanwhile, a sitting Democratic senator was on trial since early September but the coverage among these networks was practically nonexistent.

Since the trial began on September 5, NBC has offered no coverage whatsover.

CBS’s coverage consisted of a single, 22-second item on the September 6 edition of CBS This Morning, recapping the start of the case: “The New Jersey Democrat is accused of doing political favors for a Florida eye doctor in exchange for campaign donations and very lavish gifts.”

A week later, ABC’s Mary Bruce offered a short (1 minute, 48 second) summary on Good Morning America that was light on the details of the case: “At times this case sounds a bit more like an episode of Scandal: Bribery charges, mistresses and alleged abuse of power — and at the heart of it all, a U.S. Senator on trial for federal corruption.” (Newsbusters)

Totaling the numbers, the three networks have focused on the Moore scandal 40 times more than Menendez’s trial, which Newsbusters points out “is based on an actual federal prosecution, as opposed to a story in the Washington Post.”

The difference in coverage of these two ethics scandals demonstrates the media's double standard, the site adds.