WH Officials Were Warned About Looming Border Crisis, Dismissed as ‘Local Problem’ in 2013 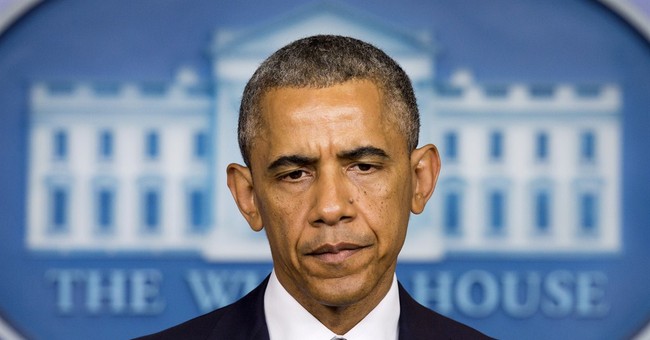 The White House initially claimed to be surprised by the influx of illegal immigrants crossing the Southwest border, but a January 29 employment ad placed by DHS looking for contractors to escort roughly 65,000 unaccompanied alien children challenged that assertion. Now, there's even more evidence to suggest the administration knew about the impending problem well in advance.

The Obama administration ignored a report to the Department of Homeland Security last year which predicted that a large number of unaccompanied children would arrive at America's southern border in the coming months, according to a published report.

The Washington Post reported Saturday that a team of experts from the University of Texas at El Paso (UTEP) submitted the 41-page report in August of 2013 after discovering a makeshift transportation depot manned by Border Patrol agents at the Fort Brown station in Brownsville, Texas. The report detailed how thirty agents were assigned to perform such tasks as washing the children's clothes, driving them to offsite showers, and making them sandwiches.

The report said that an average of 66 children were taken into custody each day and more than 24,000 cycled through patrol stations in Texas alone in 2013.

Former-Border Patrol station chief Victor Manjarrez Jr., who led the study, said the government dismissed the situation as a “local problem,” reports the Post. A crisis of this magnitude was “not on anyone’s radar,” he continued, although it was “pretty clear this number of kids was going to be the new baseline."

President Obama’s chief domestic policy adviser, Cecilia Munoz, told the Post that it was only this past May that federal officials realized the number of unaccompanied minors crossing the border would exceed the Border Patrol’s original estimate.

Senior officials challenge that statement, however.

[O]ne former senior federal law enforcement official told the Post that Customs and Border Protection and Immigration and Customs Enforcement had warned the White House of the potential for a significant surge of migrant children at the border as early as 2012.

The paper reported that warnings came from outside the federal government as well. The Post reports that the first ladies of Guatemala, Honduras, and Mexico cited "worrisome statistics" showing an upswing in unaccompanied minors in April of that year. That same month, Texas Gov. Rick Perry wrote a letter informing the president that the number of unaccompanied Central American minors crossing the border was up 90 percent from the previous year.

One former government official told the Post that the warnings were definitely given, but were overshadowed by the Obama administration’s push for comprehensive immigration reform.

"Was the White House told there were huge flows of Central Americans coming? Of course they were told. A lot of times," the official said, reports the Post. "Was there a general lack of interest and a focus on the legislation? Yes, that’s where the focus was."