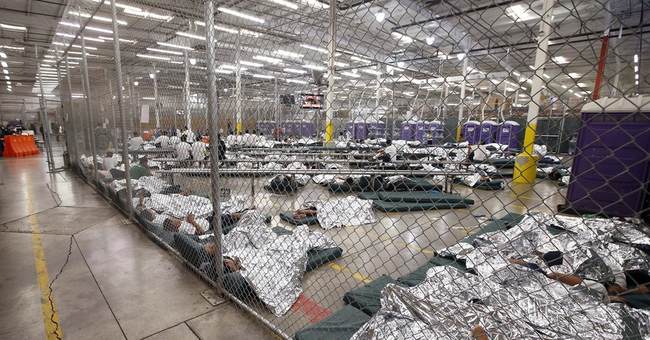 House Speaker John Boehner urged President Obama on Friday to send the National Guard to the U.S.-Mexico border to help curb the influx of illegal immigrants, many of whom are unaccompanied children from Central America.

“The policies of your administration have directly resulted in the belief by these immigrants that once they reach U.S. soil, they will be able to stay here indefinitely,” he wrote in the letter.

Not only are children being put in extreme danger to make the trek to the United States, but our border patrol has been said to be on the brink of collapse—overwhelmed and lacking resources to properly manage the humanitarian crisis.

“It is our duty and obligation to enforce the laws of our country while protecting the most vulnerable and ensuring they are healthy and well protected,” he continued.

To that end, Boehner recommended that the National Guard be immediately deployed to the border, as they are “uniquely qualified to respond to such humanitarian crises.” Not only can they help deal with the illegal immigrants, they’d also relieve agents so they can get back to the border, huge swaths of which have been left unpatrolled as they’ve tried to manage the crisis.

Boehner also called for the State Department to execute a communications effort with Central American countries to warn of the dangers associated with trying to cross and attempt to deter migrants from coming. He also said the State Department must begin conversations with the Mexican government about its lax enforcement policies at its southern border.

“Once these immigrants have reached the U.S. and are apprehended, they must be processed by DHS and then the family units must be prepared for return to their home country. Your administration should immediately deploy additional personnel, including Special Assistant U.S. Attorneys, immigration judges and support staff to assist in the processing and removal of these aliens,” he continued.

While admitting that many of the people illegally crossing into the United States are escaping violence and hardship at home, the administration’s current policies and situation at the border are encouraging them to put their lives and the lives of their children at risk.

"We can no longer tolerate the conditions threatening these children, nor continue to accept the risks of a porous southern border,” he said.