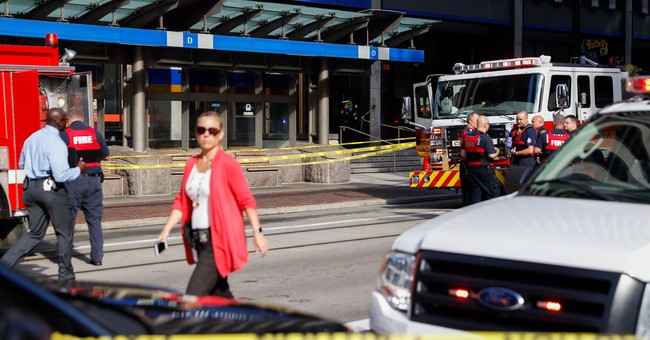 Cincinnati Police have confirmed that five people were injured in the shooting and there are four fatalities, including the shooter.

The Cincinnati Police Department has a suspect in custody after an active shooter situation in downtown Cincinnati that reportedly left at least five people injured.

Four victims have been transported to the University of Cincinnati Medical Center, hospital officials told the Cincinnati Enquirer.

Cincinnati Police tweeted that they are investigating the shooting which occurred in the lobby of Fifth Third Bank.

Cincinnati Councilman P.G. Sittenfeld tweeted that five people have been shot, including the shooter who is in critical condition.

Update (but still fluid): 5 shot, including shooter, who now being told is in critical but not deceased. Police & Fire doing exemplary job. https://t.co/qNX2eeyEAt

Sen. Rob Portman (R-OH) said in a brief statement, "My staff and I are following the situation in Cincinnati. If you're downtown, please follow first responder instructions for the safety of everyone involved. Jane and I hope for a peaceful resolution soon."