If the Senate Splits, Biden Takes the Gavel 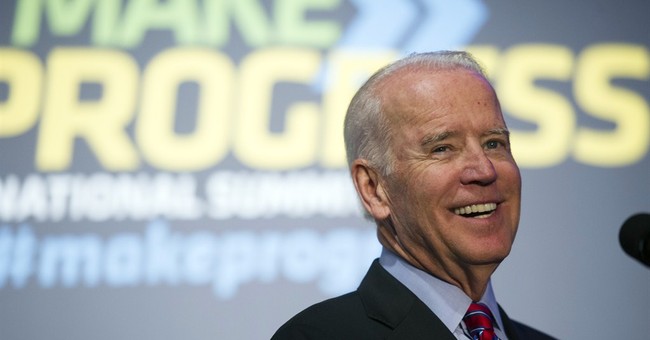 In the event a 50-50 Senate is the outcome this November of an already polarized Washington,  Article I, Section 3 of the Constitution has the Vice President as the president of the Senate. Though it has only happened twice, the VP would then give the gavel to his or her party.

Biden would be in high-heaven if this were to happen  says Senator Ted Kaufmen (D-Pa.), Biden's long time chief of staff.

“He’d like two years of being the deciding vote, back in the cloakroom, in the Senate gym...I think he would revel in that.”

If this were to become a reality, Biden would be back in the spotlight and would hope to be seen as the savior of Obama's last two years in office where the loss of a Democratic-controlled Senate means further trouble for the Obama administration.

Politico breaks it down this way:

To hit a tie, Democrats would need a net loss of five seats, and most of them have already written off the seats in Montana, South Dakota and West Virginia. That leaves two, and between the races they’re facing in Iowa, Arkansas, Louisiana and North Carolina, Democrats say losing two seems a pretty safe bet. They’re not counting on pickups in either Kentucky or Georgia, where their prospects are best.

There are Democratic strategists that say this situation is realistic, which means the only way for Republicans to take the Senate is to win fair and square this November.