"Smoke and Mirrors": How Jon Gruber Proved Republicans Right About the CBO

Once upon a time, it was gauche to accuse one's ideological opposition of exploiting the rules by which the Congressional Budget Office plays the scoring game. It's worth revisiting this idea in the wake of MIT academic Jonathan Gruber's admission of guilt to this charge.

Way back in 2011, there were conservatives writing about how the CBO's score of the Affordable Care Act rested on "budget gimmicks," "smoke and mirrors," and "a dismal track record."

Vox's Ezra Klein, then at the Washington Post, declared that there was a "Republican war on the CBO," and said that it was "an effort to discredit the last truly neutral, truly respected scorekeeper in Washington." It's true that the CBO is immensely respected: a bad CBO score can kill a major piece of legislation, and a good CBO score will help convince fence-sitters that legislation has limited downside. And it's not that the CBO isn't valuable. Republicans never hated the player; they just hated the game.

The CBO has rules that they have to abide by and judgment calls they have to make. It's not math that Republicans took issue with. It's the subjectivity that definitionally has to be involved. The CBO, for example, scores all legislation in a ten-year budget window from date of enactment. Not the date that a policy comes into effect, mind you; the date that it's passed. This is a useful rule, because it's often nearly useless to extrapolate government policy out past ten years. But what it means is that if a governing party wants to frontload budget savings and backload the costs, it'll get a much more favorable score than if the costs and savings were scored over ten years of enactment. It's undeniable that this happened with ACA, as the costs of full implementation have only just come into effect (and they're still not 100% in effect; the Cadillac tax won't take hold for another few years) even though the legislation was signed in 2010.

Obamacare Architect/Non-Architect/Friend/Adjacent Policy Guy Jonathan Gruber admitted as much. President Obama needed to include an individual mandate in his health law or the whole thing would fall apart. The problem was that the CBO had, in the past, scored private sector mandates as on-budget. These were thought to have killed the Clinton health reform plan in 1994. Obama-era Democrats - most likely with Gruber's help - massaged their plan in order to fit CBO's judgment of what kind of a private sector mandate wouldn't count as a tax. And this is indeed a judgment call. The Supreme Court ruled that the individual mandate's constitutionality rests on the government's taxing power after the CBo ruled that the mandate didn't count as a tax. That's a difficult needle to thread, but the Democrats, with Jonathan Gruber's assistance, managed to make it happen.

So instead of a piece of legislation whose spending is near $2 trillion over ten years, ACA's delayed phase-in gives us an official CBO spending estimate of $800 billion. Instead of a bill where we see mandate-tax increases on all Americans, we discuss the bill as something with minimal tax hikes like the Cadillac tax and the tanning salon tax. 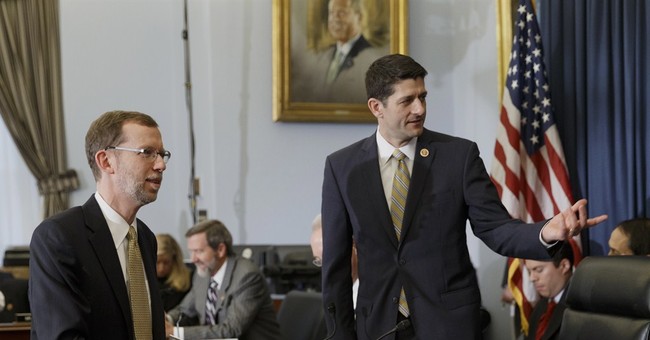 Republican allegations that the CBO score was achieved through budget gimmicks and smoke and mirrors were correct all along. There was no "war" on the CBO here. It was a war on the Obamacare architects who gamed the process, using the CBO's own rules against them, and presented to the public a legislation that used every loophole possible to hide its true costs and taxes.

This isn't to say that there have been no Republicans who have gone beyond merely criticizing the way that policymakers have exploited the CBO's self-imposed rules. Newt Gingrich called to "abolish the Congressional Budget Office because it lies," which is overboard and unhelpful. For all of the faults of the CBO - and there are many - it's a necessary institution in Washington and imperative for getting ballpark scores. But for all the reasons outlined, and for Jonathan Gruber's comments, a CBO score should not be a conversation-ender. CBO projections have been wrong, and legislators have turned its scores into such a powerful weapon that policymakers like Gruber are consistently attempting to game the system to produce favorable numbers.

There are other scorekeepers in the game whose legislative analysis is useful as well. The Joint Committee on Taxation scores legislation, as do think tanks like the Heritage Foundation and the Committee on Budget and Policy Priorities. All of these methods have their own upsides and downsides - CBO's upsides included. What's dangerous is worshiping at the alter of the CBO and refusing to lend credence to other scorekeepers. The problem is precisely that the CBO is viewed as the "last truly neutral, truly respected scorekeeper." That's what Republican complaints about the CBO's ACA score were getting at - and that's what needs to change.