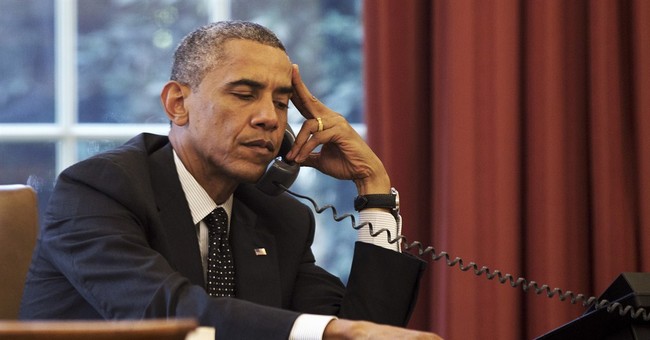 Many analysts subscribe to the theory that the Congressional GOP is the main source of all dysfunction on Capitol Hill. Their monolithic will to block progress, this theory goes, impedes legislation on Capitol Hill and there's really nothing anyone can do about it but ask constituents to apply pressure.

Vox's Ezra Klein writes that Capitol Hill Democrats' frustrations with President Obama are "ridiculous." This is in reference to a New York Times article that described those frustrations. While the NYT got multiple Democrats on the record with those complaints, Klein cites "a lot" of conversations he has with members of Congress, saying that all of them agree that their voting pattern has not been changed by President Obama's behavior.

Putting aside one obvious thing - no legislator wants to admit that their ideals that underlie their voting behavior is so shallow and malleable that a cup of coffee with POTUS will change it, especially to a member of the press - we could find a myriad of examples in which President Obama's lack of sway within his own party may have impeded legislative action on the Hill.

Just this year, Democrats on the Hill led action against a bipartisan piece of trade legislation that the White House was publicly in favor of. As the Financial Times reported, Sen. Sherrod Brown and other pro-labor Democrats helped block legislation sponsored by Max Baucus and Dave Camp for the Trade Promotion Authority.

Now, this is a relatively small-bore issue, and it might be that no amount of Obama politicking would have caused Democrats to back off their opposition to trade legislation. Democrats can be quite monolithic and uncompromising when it comes to free trade agreements. (Why, one might be surprised that Democrats are often just as monolithic and uncompromising as one thinks Republicans to be!) But it's not just here. President Obama's relationship with Harry Reid has proven to be fractious, and it's not hard to imagine a better working relationship resulting in Harry Reid himself working harder for Democratic comity. Obama politicking might not be enough to pass gun control measures (though some have said that a more shrewd White House might have found victory on extended unemployment benefits extension), but to point out that Republicans have a few pet issues on which they won't compromise is not to excuse the White House.

As Joe Manchin told the New York Times, sometimes a little introspection is a good thing. It might be possible that there is literally nothing President Obama could have done over the previous six years that would have resulted in a better working relationship and more of his pet legislation passed. But no amount of anonymous conversations that Klein has with unnamed legislators will change that legislators, by and large, do think Obama could do better.