Observations from Day Two of the Manafort Trial 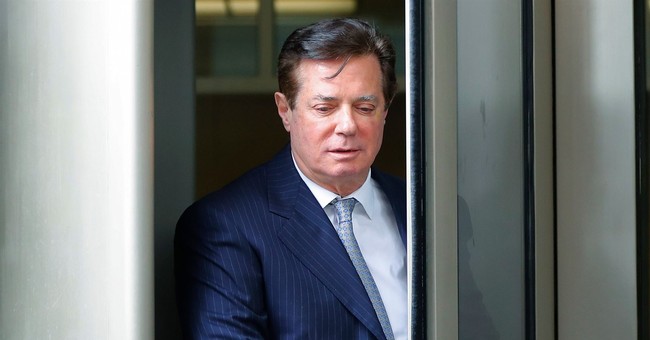 Alexandria, VA - The second day of U.S. Government vs. Paul Manafort commenced Wednesday at the United States District Court of the East District of Virginia in Alexandria. Judge T.S. Ellis III presided over the trial.  Paul Manafort, President Donald Trump’s former campaign manager, is being tried on charges of falsified tax returns and for not revealing his foreign bank accounts. It is alleged that his omitted income comes from his work in Ukrainian elections.

Before resuming the court’s proceedings for the day, Ellis addressed language that had been used by both legal teams. Lawyers on both sides had used the word “oligarch,” which is defined as an autocratic in control of the government. It is also defined as one who consorts with criminals, of which there is no evidence. “Language has a dynamic aspect; it changes, and I don’t control those changes,” said Ellis.

The prosecution strategically lined up their witnesses for the day to create a streamline showing evidence of foreign bank accounts established and maintained by Manafort and would later connect these accounts to his personal expenses.

The first witness called by the prosecution was Mr. Daniel Rabin, a political media consultant who earns his living by producing television and radio ads for political campaigns. Mr. Rabin testified that he worked closely with Mr. Manafort during multiple Ukrainian elections from 2006 to 2014. Mr. Manafort was highly successful in his work in Ukrainian elections, having won several Ukrainian elections, said Mr. Rabin. As a political consultant for Manafort, Mr. Rabin created the narrative for the campaign ad, wrote the copy for the script, filmed and recorded the VSOTs (Voice Over Sound On Tape) for the ad. Mr. Rabin also testified that he had met Mr. Rick Gates who worked for Manafort, handling his financial affairs. He had also met Konstantin Kilimnik, who also worked for and with Manafort on multiple Ukrainian elections. Kilimnik would help to translate scripts into English and help set up meetings with Ukrainian officials. Rabin visited Ukraine approximately more than 40 times when he worked for Manafort. The defense’s cross examination revealed that he had produced over 50 ads for Mr. Manafort and was paid a substantial amount of money over the years, totaling over $100,000. Manafort typically paid him for his work by check or wire transfer, said Rabin.

Every witness brought forth by the prosecution was asked if they had personally met Mr. Rick Gates or Mr. Konstantin Kilimnik. With the exception of Mr. Rabin, most testified that they had not met Mr. Kilimnik and had only interacted with Mr. Gates over email, if at all. It was revealed that Mr. Gates will likely be brought forth by the prosecution as a witness, but his testimony in this case is not for certain.

The next witness brought forth by the prosecution was Special Agent Matthew Mikuska, a counterintelligence agent at the FBI, who was one of the agents who took part in the search of Manafort’s home, which took place on July 26, 2017, in compliance with a search warrant.  Agent Mikuska testified that the FBI knocked three times with no response before entering the premises, where upon they found Manafort and his wife in the residence. This was not a “no-knock warrant,” testified Agent Mikuska. A “no-knock warrant” allows the FBI to enter the premises without announcing themselves.

The FBI used a key they had obtained to enter the premises and did not bust the door down like a James Bond movie.  A number of documents that were found in the home and seized by the FBI were invoices for personal purchases or work done, which would be brought up later by the prosecution. Also seized were two passports, one valid from May 2008-18 and the other valid from February 2012-14. Both had pages filled with Ukrainian passport stamps.

The next two witnesses were both employees of men’s luxury and custom clothing manufacturers. Agent Mikuska had earlier testified that the FBI had taken photographs of “closets full of suits.”

Maximillian Katzman, former manager of Alan Couture Ltd, and son of the owner Alan Katzman, said that Mr. Manafort was one of their top five customers and had been a customer for approximately 10 years. Mr. Katzman stated that Manafort primarily paid his bills by wire transfer and there were occasional issues with late payment, but ultimately the bills were paid. Mr. Katzman testified that according to the documents subpoenaed from Alan Couture the payments were received by wire transfer from various overseas banks. “Manafort was the only client who paid with International wire transfers,” said Mr. Katzman.

The rest of the witnesses for the day were vendors similar to Mr. Katzman who had done business with Mr. Manafort and were paid with international wire transfers, as evidence by subpoenaed documents which were seized by the FBI during the search of Manafort’s home.

The prosecution will call two more vendors as witnesses on Thursday, and then the witness list will proceed to bookkeepers, accounts and those that handled Manafort’s taxes.