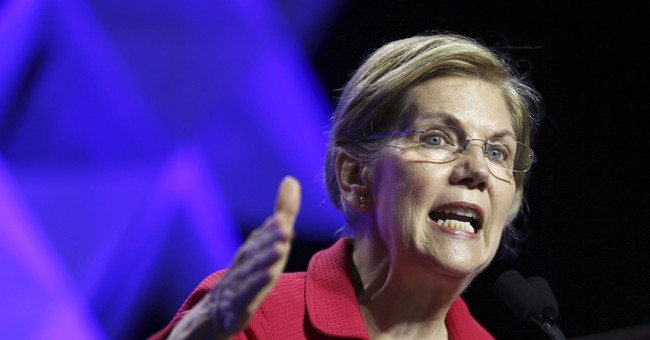 During a campaign style rally in Montana Thursday night, President Trump went after Massachusetts Senator Elizabeth Warren and challenged her to a DNA test.

"We will say, ‘I will give $1 million to your favorite charity paid for by Trump if you take the test and it shows you’re an Indian,'" Trump said to roaring applause. "Let's see what she does, right? I have a feeling she will say no. But we will hold that for the debates."

Warren, who is a likely 2020 presidential challenger, fired back on Twitter.

Hey, @realDonaldTrump: While you obsess over my genes, your Admin is conducting DNA tests on little kids because you ripped them from their mamas & you are too incompetent to reunite them in time to meet a court order. Maybe you should focus on fixing the lives you're destroying.

Not surprisingly, her characterization about why children at the border are receiving DNA tests is false. Federal immigration authorities are conducting DNA tests because it's the only way to tell if adults traveling with children are actually parents. Much of the time, adults are strangers paired to unaccompanied children by smugglers.

From previous reporting on the issue:

Human smuggling from Central America to the United States is a billion dollar industry. Little girls are given birth control by their parents before the journey, knowing they'll likely be sexually assaulted along the way.

“A recent Department of Homeland Security (DHS) report confirmed that human smuggling rings are exploiting children in order to prevent the detention of the undocumented immigrants they’re smuggling into the United States. They are pairing children with unrelated adults, knowing adults who enter the United States with children won’t be detained,” Grassley said.

Warren doesn't seem concerned about the seriousness of the situation.