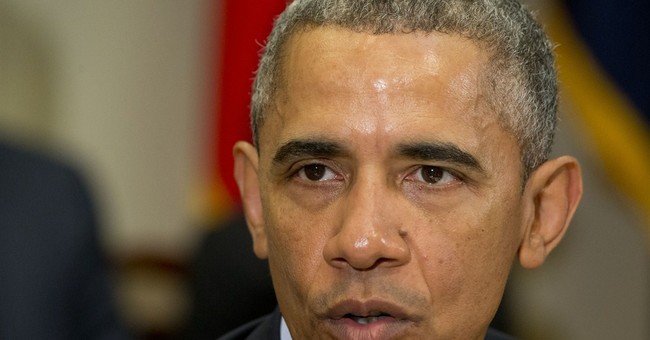 Two weeks ago former NYC Mayor Rudy Guiliani took a lot of heat from the media when he said President Obama doesn't love America during a fundraiser for Wisconsin Governor Scott Walker. It turns out, many Americans agree with Guiliani's assessment.

According to a new Fox News poll, the vast majority of Americans believe the United States is the greatest country in the world, but a smaller majority believe President Obama feels the same way.

The new poll also finds the numbers saying Obama is patriotic, honest or a strong leader have all declined in the past few years.

More Americans feel they love the United States than think Obama does: 83 percent think the U.S. is the greatest country in the world. Just 64 percent believe Obama feels the same way.

Overall, 54 percent of voters say Obama is patriotic, yet that’s down from 60 percent who felt that way in 2011. Again, party identification matters: the number of Republicans today who think the president is patriotic is down six percentage points from 2011, among independents it’s down four points and for Democrats it’s down one.

The poll shows 42 percent of voters nationally think there are “legitimate reasons to doubt” whether Obama loves America. That includes 66 percent of Republicans, 42 percent of independents and 17 percent of Democrats.

Further, the poll found a majority of Americans do not believe President Obama is honest.

Fewer voters than ever before see Obama as honest: a record-low 43 percent. And for the first time since 2007, a majority, 54 percent, disagrees that the president is “honest.”