Netanyahu Slams White House Deal With Iran: “Even If Israel Has to Stand Alone, Israel Will Stand” 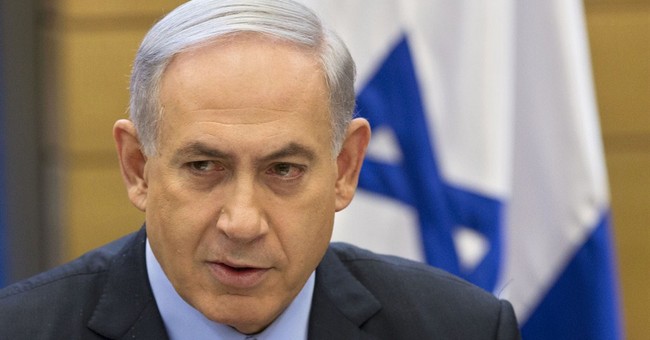 Capitol Hill - Despite rumblings of boycotts ahead of his speech to a joint session of Congress Tuesday morning, Israeli Prime Minister Benjamin Netanyahu was met with roaring applause and standing room only attendance as he entered the U.S. Senate Chamber.

Before addressing the threat of a nuclear Iran, Netanyahu tried to clear up the misconception his visit was political after the White House condemned his invitation from House Speaker John Boehner, which was extended without President Obama’s consent. He also thanked Congress for their support of Israel’s Iron Dome.

“My friends, I am deeply humbled by the opportunity to speak for a third time before the most important legislative body in the world, the US Congress,” Netanyahu said. “Some perceived my being here as political, that was never my intention.”

“I want to thank Democrats and Republicans for your support for Israel, year after year, decade after decade,” he continued, saying the relationship has always been above politics and should remain there. “I know that no matter which side of the aisle you sit, you stand with Israel.”

During his address, Netanyahu described the failure to stop Iran from developing a nuclear weapon as a “countdown to a nuclear nightmare,” and said he has a “profound obligation” to warn against the current deal the White House is working on with the Iranian regime.

Netanyahu said he does not believe the current deal being negotiated will do anything to change Iran’s long held violent behavior and called on Congress and the White House to demand Iran stop its aggression against it’s neighbors in the Middle East, stop supporting terrorism around the world and to stop threatening the annihilation of Israel. He also reminded lawmakers of Iran’s responsibility in maiming and killing thousands of American troops in Iraq and Afghanistan.

“I don’t believe Iran’s radical regime will change for the better after this deal,” Netanyahu said. “Its rapid appetite for aggression grows more every year…This deal will not change Iran for the better, it will change the Middle East for the worse.”

Just as he did in his speech to AIPAC yesterday in Washington D.C., Netanyahu hinted that Israel will take on Iran by itself, if necessary, to prevent the regime’s nuclear program from moving forward, but expressed hope America wouldn’t force the Jewish State to do it alone.

“The days of the Jewish people remaining passive in the face of genocidal enemies, those days are over,” Netanyahu said. “Even if Israel has to stand alone, Israel will stand.”

“I know that Israel does not stand alone, I know that America stands with Israel,” he added.