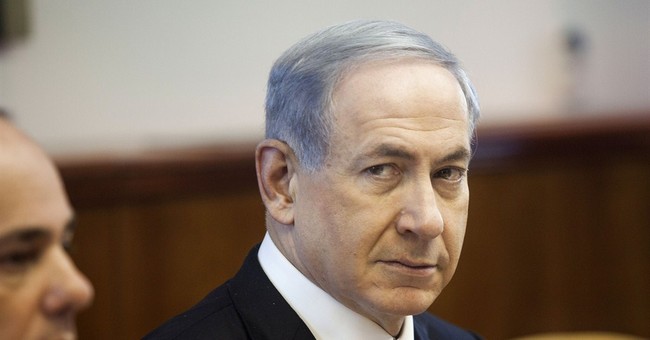 As President Obama continues to lead failing negotiations with Iran over its nuclear program, administration officials are still fuming over Speaker John Boehner's recent move to go around the White House and invite Israeli Prime Minister Benjamin Netanyahu to speak to a joint session of Congress in March. Last week President Obama announced he would not be meeting with Israeli Prime Minister Benjamin Netanyahu when he visits, arguing it's too close to an election in the Jewish State and the White House must remain neutral. (It should be noted that shortly after the President announced he would not meet with Netanyahu, he met with a woman who once bathed in a bathtub of milk and fruity cereal for a YouTube video). Obama administration officials also argued that Boehner broke diplomatic protocol by inviting Netanyahu directly.

In an interview Monday night with Fox News' Megyn Kelly, State Department Spokeswoman Jen Psaki said "the way this process went down bordered on the bizarre" and claimed Secretary of State John Kerry has gone "above and beyond" to maintain a positive relationship with Israel.

"The process was a little odd," Psaki said.

Psaki was also asked about Yemen, where the government was taken over by radicals this weekend wishing death to America, despite President Obama claiming in September 2014 counterterrorism efforts in the country have been a "success" and used to fight ISIS.