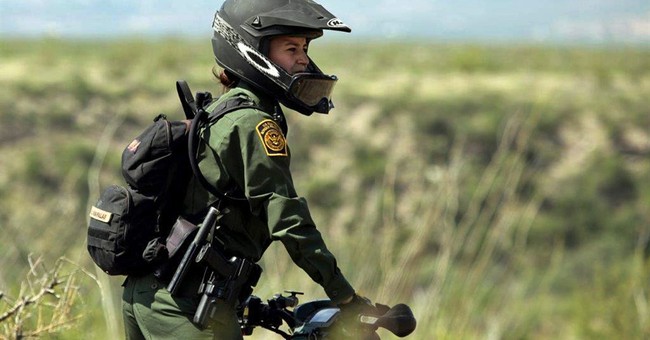 “This [bill] is again a very tough, strong bill that I believe with a tight time line and Congress telling the Department how to do this. If they don't do it, there are tough penalties on the political appointees. We believe this is a measure. It's time. We can't wait any longer," McCaul said in an interview with Fox Business anchor Maria Bartiromo over the weekend.

But many Border Patrol Agents don't agree and hardly view the legislation as "very tough" or strong.

In a statement released Friday, National Border Patrol Council spokesman Shawn Moran said McCaul's legislation will "not be effective in helping to secure our borders," and offered a set of additional solutions. Moran also pointed out Border Patrol agents working on the front lines weren't consulted during the drafting of the legislation.

The National Border Patrol Council believes that in order to reverse the current trends legislation must contain the following elements:

• Increased manpower to deal with the illegal immigration and drug smuggling. The NBPC is

advocating for an additional 5,000 agents. HR 399 only duplicates a staffing floor that is

already in place through the annual appropriations bill.

• Increased training to better prepare agents to react to changing threats on the border. This

agencies have, and not the 54 days used by the Border Patrol.

• Increased resources for agents to do the job they are trained to do. This would include

“We believe that overall H.R. 399 will not be effective in helping to secure our borders. This legislation speaks about metrics but frankly does not provide either the strategy or the resources necessary to achieve them. We need real solutions on the border where the trends are moving in the wrong direction with increased apprehensions, more aggressive action from smugglers and drug cartels, and continued threats from terrorists," Moran said. "Although there are some positive elements to H.R. 399, we believe in it’s entirety it will only serve as window dressing and was drafted without any input front line agents who are protecting our border. We are very interested in working with any member of Congress to create legislation that focuses on a real strategy that keeps our nation and our agents safe.”

National Border Patrol Council is urging lawmakers to vote no on the legislation this week.

Further, the Federation for American Immigration Reform [FAIR] is calling McCaul's bill "a band-aid on a broken arm."

"H.R. 399 does nothing to stop President Obama from simply releasing illegal aliens caught at the border and giving them work authorization. It does nothing to reduce the further incentives driving illegal immigration, such as sanctuary cities, the availability of driver's licenses, in-state tuition and automatic birthright citizenship. Most importantly, the bill does not stop the Obama administration's broad use of discretionary power to grant amnesty to millions of illegal aliens and his relaxing of enforcement standards to all others," FAIR released in a statement Monday. "We need fencing, manpower and technology but none of it will do any good unless the Obama administration is compelled to enforce the law. The McCaul bill fails to do this."

H.R. 399 is expected to be debated later this week.