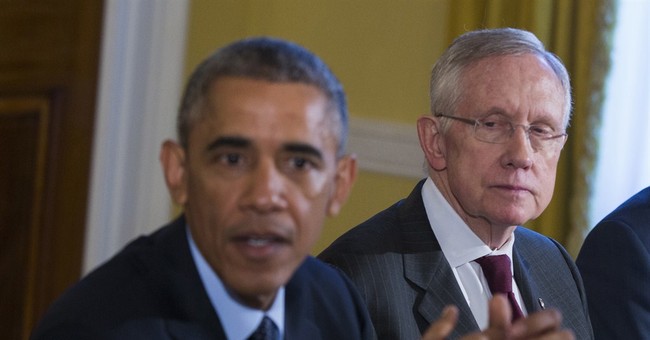 Before Obamacare was pushed through Congress in 2010 by Democrats unwilling to consider opposition voices to the legislation, conservatives and doctors repeatedly warned the bill would destroy the ability for physicians to properly function inside a government controlled system. Those warnings went unheeded and now patients and those in need of medical care are experiencing even less access to primary care doctors specifically assigned to them under new healthcare regulations. From AP:

When Olivia Papa signed up for a new health plan last year, her insurance company assigned her to a primary care doctor. The relatively healthy 61-year-old didn't try to see the doctor until last month, when she and her husband both needed authorization to see separate specialists.

She called the doctor's office several times without luck.

"They told me that they were not on the plan, they were never on the plan and they'd been trying to get their name off the plan all year," said Papa, who recently bought a plan from a different insurance company.

It was no better with the next doctor she was assigned. The Naples, Florida, resident said she left a message to make an appointment, "and they never called back."

The Papas were among the 6.7 million people who gained insurance through the Affordable Care Act last year, flooding a primary care system that is struggling to keep up with demand.

A survey this year by The Physicians Foundation found that 81 percent of doctors describe themselves as either over-extended or at full capacity, and 44 percent said they planned to cut back on the number of patients they see, retire, work part-time or close their practice to new patients.

At the same time, insurance companies have routinely limited the number of doctors and providers on their plans as a way to cut costs. The result has further restricted some patients' ability to get appointments quickly.

Or in short: rationing of care thanks to a government program overwhelming the system. Further, doctors are rushing through appointments in order to serve an influx of patients and a 2013 survey shows six out of 10 doctors plan to retire early thanks to Obamacare, which means they'll exit a system already lacking in enough supply. And finally, USA Today reported two weeks ago that Obamacare is "accelerating the demise" of rural hospitals all over the country.

Remember when Obamacare was "sold" on the idea that the legislation would increase access to care? How reality changes things.