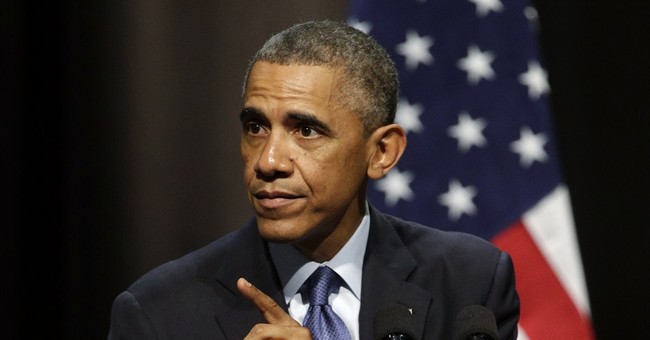 During his new but old economic speech yesterday at Northwestern University, President Obama mocked Americans who have concerns about Obamacare limiting their freedom and whined about Fox News.

“While good affordable health care might seem like a fanged threat to the freedom of the American people on Fox News, it turns out it’s working pretty well in the real world,” he said.

President Obama: While affordable health care might still be a threat to freedom on Fox News, it’s working pretty well in the real world.

Obama's lack of self-awareness when it comes to Obamacare is astounding. While he attempts to insult Fox News, he is actually insulting millions of Americans who have lost their healthcare, lost their doctors, seen their premiums and deductibles skyrocket or lost jobs as a result of the overbearing cost Obamacare puts on the healthcare system and the economy. Obamacare isn’t affordable, it isn’t working and the numbers prove it. Guy broke this down last week after liberal wonk Ezra Klein published a piece titled In conservative media, Obamacare is a disaster. In the real world, it’s working.:

A recent Kaiser Foundation poll found that 14 percent of Americans say the 'Affordable' Care Act has impacted their family for the better. The trouble is that twice that number said they've been directly harmed by the law, which was marketed as a win-win for all consumers. Numerous national surveys have consistently tracked the same two-to-one, hurt-to-helped ratio. People's actual experiences are not a product of propaganda-driven confusion.

By the way, why is President Obama stealing Ezra Klein's work? Or is has he put Klein on the payroll? Further, if Obamacare is so great, then why is it that just 36 percent of Democrat candidates support it?

Democrats on the campaign trail are not feeling so hot about Obamacare.

New research from the Brookings Institution’s Elaine C. Kamarck and Alexander R. Podkul shows that only 36 percent of Democrats running for Congress this year have expressed a position in support of Obamacare. Another small segment–25.5 percent–have offered a lukewarm position on the law.

Obamacare is in fact a disaster in the real world. Fox News on the other hand, is a roaring success. Over to you Greta.

"When leaders blame others they sure don't look like leaders, they look absolutely childish and it's distressing President Obama is so quick to blame others."