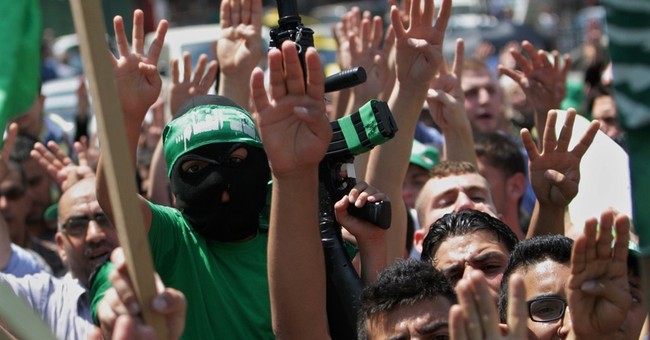 Jerusalem - As a midnight ceasefire deadline looms with just hours to go, Israeli officials and their allies are pushing for the demilitarization of Hamas in a final attempt to avoid future conflict with the terror organization.

"What we're hoping to have is a situation where Hamas is demilitarized and we have allies, the American administration, the American Congress, the Europeans, the Egyptians and even the official Palestinian government in the West Bank [in agreement], but is Hamas going to voluntarily going to turn in their weapons? It's tough," Mark Regev, chief spokesman for Israeli Prime Minister Benjamin Netanyahu said in an interview Tuesday. "Ronald Reagan once said about the old Soviet Union, and I'm old enough to remember, he said, 'Trust but verify.' When dealing with Hamas in contrast you have to verify and you have to verify again and Hamas has broken ceasefires as recently as last week."

On the issue of a preemptive decrease in militarization of Hamas, officials are happy to report while not all Hamas weapons resources have been destroyed, they have been heavily depleted over the past two months.

"First we took out a lot of it, secondly they shot a lot of it at us and what's left is a residual capacity still there that's much less than what they had two months ago," Regev said. "Part of our challenge in this ceasefire is to make sure they [Hamas] don't rebuild tunnels and don't replenish their supply of rockets."

According to a report from Haartz, a Hamas spokesman said the latest 24-hour ceasefire extension, will be the last. As a reminder, the Hamas charter states, "Israel will exist and will continue to exist until Islam will obliterate it, just as it obliterated others before it.”

Negotiations for a long term peace deal are ongoing in Egypt.

UPDATE: Immediately after I filed this story, this happened.

Editor's note: I am in Israel on a trip being sponsored by the National Religious Broadcasters and hosted by the Israel's Ministry of Tourism.

Wow: Student Was Almost Kicked Out of a 'Virtual Classroom'... Over a Trump Flag
Beth Baumann