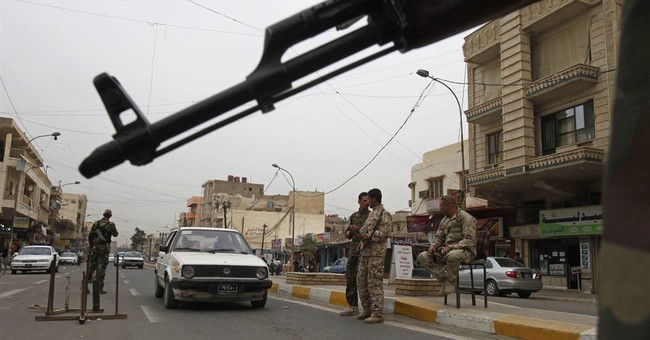 Charles Lister, a visiting fellow at the Brookings Institute Doha Center and working in the Middle East is reporting credible sources have declared ISIS' battle for Baghdad has begun. Lister is working to confirm source statements.

Trying to verify - Several well-known Islamic State sources have declared the start of the Battle for #Baghdad. #Iraq


ISIS is approaching Baghdad from the south as the city struggles to maintain order. Prime Minister Maliki is scheduled to be replaced with Haider al-Abadi and last night Maliki's special forces were deployed as he refused to step down from power and announced plans to sue Iraqi President Fuad Masum.