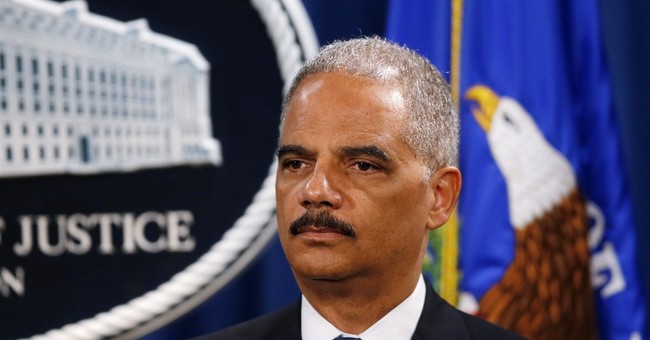 Over the weekend in an interview with ABC's This Week, Attorney General Eric Holder suggested (again) some people are opponents of President Obama and himself because they are black.

"There’s a certain racial component to this for some people. I don’t think this is the thing that is a main driver, but for some there’s a racial animus,” he added.

If Holder really believes it's just a "few" people who oppose him based on his skin color, then why does he continually make those "few" the focus? The Obama administration repeatedly uses the race argument to shut down debate about serious topics and controversies.

As a reminder, Holder said America was a nation full of cowards unwilling to talk about race during a speech back in 2009.

"Though this nation has proudly thought of itself as an ethnic melting pot, in things racial we have always been and I believe continue to be, in too many ways, essentially a nation of cowards," Holder said.


On another note, isn't it interesting how similar Holder's language about people "taking their country" back is to the criteria the IRS used to target conservative tea party groups? Not a smidgen I'm sure.