Ted Cruz: Holder Should Be Impeached If He Fails to Appoint Special Prosecutor to IRS Scandal 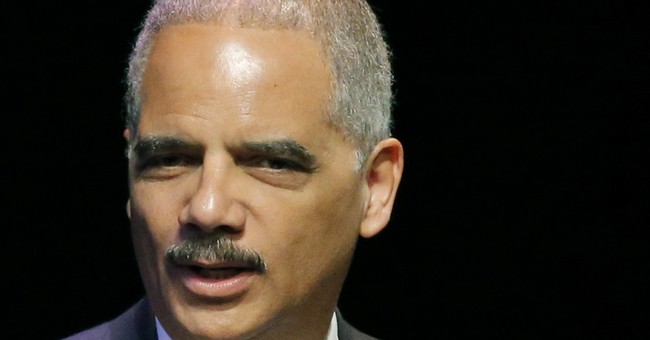 Republican Senator Ted Cruz called for Attorney General Eric Holder to appoint a special prosecutor to investigate the IRS's targeting of conservative groups on the Senate floor Thursday afternoon and said if Holder fails to do so, he should be impeached.

"We need a special prosecutor with meaningful independence to make sure justice is served and our constitutional rights to free speech, assembly, and privacy are protected," Cruz said in a statement. “If Attorney General Eric Holder does not appoint a special prosecutor to investigate the IRS, the House should use its power to impeach him. Impeding justice is intolerable and he should not be permitted to refuse the American people a true investigation into the actions of those who used the machinery of government to target, intimate, and silence them for politically driven reasons.”

"It is impossible for the Obama administration to conduct a credible investigation into the growing volume of wrongdoing at the IRS, and congressional investigators are being stonewalled by the Obama administration at every turn. The only way of learning the truth is with a special prosecutor. If Eric Holder refuses to appoint one, it would be tantamount to obstruction and he should be impeached by the House of Representatives. The time for a special prosecutor is long overdue," Martin said. "Not since the Nixon administration have we seen the government go to such lengths to intimidate people. The American people deserve to know the depths to which their government can sink in waging intimidation campaigns against ordinary citizens who disagree with the Obama administration, and the only way we can get to the truth is with a special prosecutor. We commend Senator Cruz for giving this issue the attention it deserves and applaud his courage in standing up for the people, not just in his home state of Texas, but all Americans."

As a reminder, Attorney General Eric Holder was voted in criminal and civil contempt of Congress back in June 2012.

Editor's note: Video of Cruz's remarks will be added shortly.