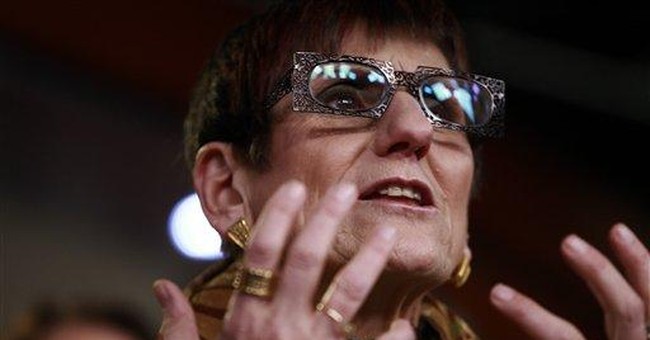 Will Democrats actively participate in the Benghazi Select Committee? At this point, who knows. When Speaker John Boehner announced he would form the Committee last weeks, Democrats threatened to boycott altogether by refusing to participate. Then, Minority Leader Nancy Pelosi demanded the Committee be split equally between Democrats and Republicans, despite Republicans being in the majority. Now, Democrats are threatening to send just one representative from their side of the aisle to help with the investigation.

Rep. Rosa DeLauro, D-Conn., sent a letter to Democrats meeting on Friday to discuss how to respond to the committee approved Thursday by the GOP-led House in a vote largely on party lines, The Washington Examiner reported.

DeLauro, co-chairs the Democratic Steering Policy Committee, which creates committee assignments, told her colleagues that boycotting the panel "would leave our caucus with no voice to engage in committee proceedings."

Instead, appointing a single member would allow Democrats to participate in the "partisan committee" and access important material, she said.

Parting thought: Since when did investigating a terror attack that left Americans dead become a partisan act? At best the majority of Democrats are immature on this issue and have some growing up to do. At worst, they're cowards.That being said, it should be noted that seven Democrats voted yesterday to approve the Benghazi Select Committee in the House, siding with the majority of the American people who want answer about what happened.