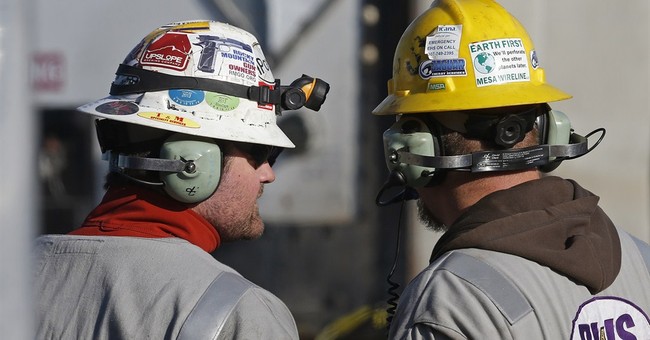 Hydraulic fracturing, more commonly known as "fracking," is the process by which oil and natural gas are extracted from the shale rock layers in the earth. Pressurized liquid is injected into the ground, creating fissures in the rock and releasing oil and gas to flow into underground wells.

Wednesday’s review will come just before plans to drill tens of thousands of acres in the Fredericksburg area are finalized for 2015. There are even talks of fracking for gas and oil in the state’s George Washington National Forest. The Associated Press reports:

“More than half the national forest along Augusta County’s western border sits above underground gas deposits that are part of a massive formation called the Marcellus Shale formation, which stretches from New York to western Virginia.

Augusta County’s previous Board of Supervisors more than two years ago formally stated to federal officials their opposition to fracking in the national forest.

Michael A. Skiffington, the DMME’s program support manager, said the advisory panel will offer recommendations in several areas, including whether drilling companies should be required to disclose what chemicals they use to drill.”

Is fracking really safe? Proponents say that hydraulic fracturing techniques have been improved and perfected over the past century, to such a degree that it has become a safe method for the U.S. to easily mine its own energy resources.

Environmental activists, however, are vehemently opposed to fracking. They argue that the process contaminates groundwater, putting impacted communities in jeopardy. Every approval for hydraulic fracturing is seen as undermining the clean energy movement.

The DMME records that there have been no documented instances of groundwater contamination from fracking in the state of Virginia.

DMME's regulatory framework serves to allow for safe and environmentally responsible development and production of Virginia's natural gas resources. DMME gas and oil permitting rules require the operator to complete site-specific assessments of the surface and underground conditions to be affected by drilling. These requirements are intended to ensure that well drilling and completion operations will not cause off-site disturbances, adversely affect the public, or contaminate surface water or groundwater.

The reality is that we already live with fracking. There are more than 500,000 active natural gas wells in the U.S. and 90% of them retrieve their gas through this process. The U.S. currently pays $330 billion annually to countries overseas for energy when we could be tapping into our own vast oil and gas reserves.

While developing renewable energy is a worthwhile effort, the fact is that drilling within our own borders would create more jobs and lessen our dependence on other countries, many of which are hostile to the United States. With states looking to decrease their unemployment rate, it would be economically beneficial to pursue domestic gas and oil – even if it means the use of fracking.

The conversation this Wednesday in Virginia may give us an indication of which way this issue is headed.