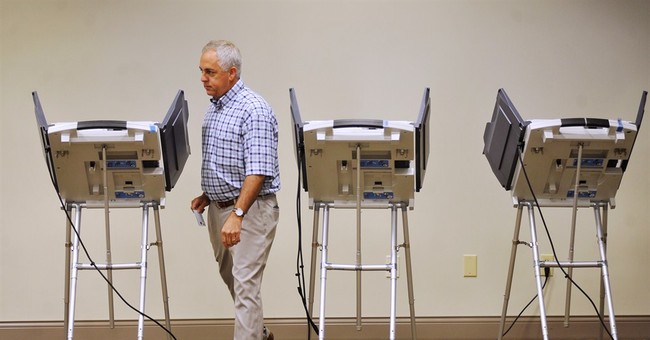 It is an article of faith among progressives that mandatory voter ID laws are racist and discriminatory. Such voter requirements, they say, unfairly discriminate against minorities and elderly citizens, many of whom do not have and cannot afford to purchase them. However, it is a well-known fact that in the United States, one must always and everywhere show a photo ID to board airplanes, rent automobiles, and purchase firearms. So why should voting, a fundamental and hard-won American right, be any different?

Perhaps for these reasons, a new poll shows that the vast majority of Americans, most of whom are not racist, support such compulsory laws (via Drudge and The Washington Examiner)

Despite Democratic charges that conservative states and politicians are engaging in discrimination by demanding that voters show identification, more than three-quarters of likely voters believe photo ID laws are needed.

A new Rasmussen Reports poll out Wednesday found support for photo ID laws at 76 percent, nearly exactly the 78 percent support registered in 2006 when the latest movement to scrap the laws kicked off.

In other words, support for these kinds of laws is enduringly strong, and presumably, it will stay that way for the foreseeable future. Not terribly surprising, is it?