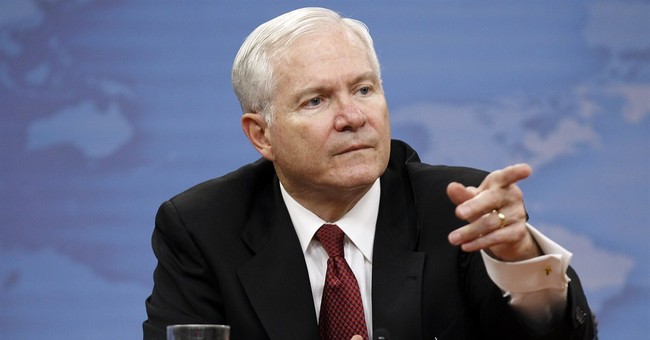 Former Secretary of Defense Robert Gates, who served under both President Obama and his predecessor, appeared on Fox & Friends Tuesday morning to discuss the unraveling of Iraq and the rise of ISIS.

He reminded the audience that while the situation in Iraq is becoming increasingly more dangerous, the country was, in fact, relatively stable just a few short years ago.

“The truth is we had the situation in pretty good shape in 2010, first part of 2011,” he said. “I think the security in Iraq was pretty good. The security forces were pretty good. But that was because we had a presence and we had influence so we could restrain [former Prime Minister Nouri al-Maliki’s] worst instincts, which were anti-Sunni, and we could ensure that the leaders of the Iraqi security forces were competent and well-trained, instead of a bunch of political hacks, which is who Maliki’s people put in place.”

Asked about how America’s veterans must feel after sacrificing so much in a country that has all but imploded, he confessed he couldn’t say with certainty.

“I can’t imagine what some of the troops are thinking,” he said. “To see it under the control of this group."

Significantly, however, he also addressed a question many Republican presidential candidates have been asked on the campaign trail lately—namely, was the decision to invade (and liberate) Iraq ultimately the right one?

“Frankly, it’s not the important question because you can’t re-litigate history,” he intoned. “You don’t know who your advisors would have been, or how you would have interpreted the intelligence. The more important question, it seems to me, is what are the lessons to be learned of what we did—and of the mistakes that were made—so we don’t make those mistakes again?”

“That’s the important question,” he added.