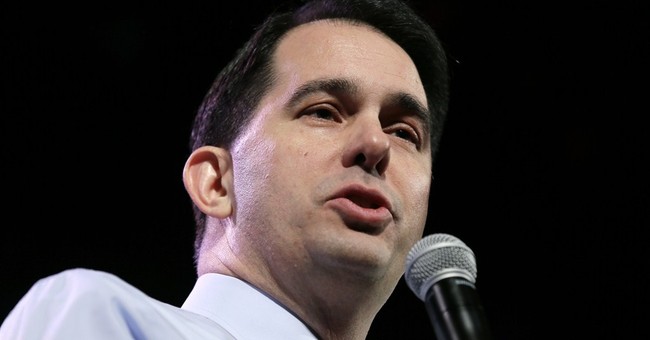 Our American Revival -- a pro-Walker political action committee and fundraising group -- recently unveiled its debut ad. To my knowledge, it’s the first campaign spot of its kind to be released this election cycle. It’s several minutes long and touches on a few familiar themes: the failures of “Smart Power,” the prevailing malaise and incoherence of the Obama era, the intrusive nature of the federal government, and the importance of electing a governor in 2016:

It’s a clever ad, on multiple levels. Its length means that it won’t air on television, at least not in paid slots, although portions of it will no doubt air on cable news over the next few days. Walker avoids snark and instead goes for a tone of sincere, Reaganesque revival — matching his “Our American Revival” campaign theme. It’s designed to boost optimism in the future rather than spend too much time looking to the past, although Walker’s team made sure to include a shot of Barack Obama bowing to the emperor of Japan when talking about “weakness abroad.”

That was certainly a striking image, purposefully placed and hard to forget.

Another point of emphasis in the spot, however, is the governor’s impressive track record of reform. The ad urges Americans to look for leaders outside of Washington, D.C in 2016 -- leaders not unlike their preferred candidate with strong resumes and accomplishments to boot. The ad also stresses how desperately the federal government needs to be reformed, and why a governor from a blue state could be the answer.

Those tired of federal solutions to every problem we face will find Walker’s message inspiring, hopeful, and refreshing. His rivals, it seems, have their work cut out for them.