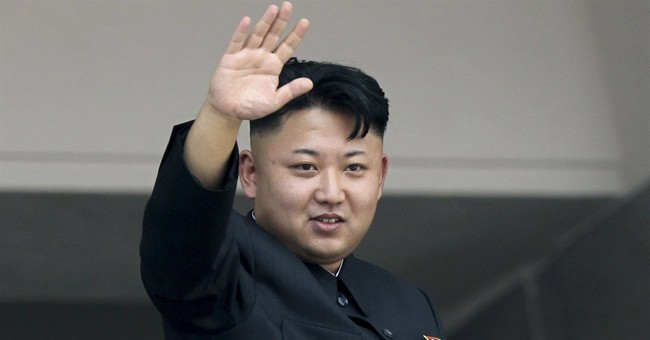 The cat is out of the bag:

U.S. officials have concluded that the North Korean government ordered the hacking attack on Sony Pictures Entertainment — a breach that led to the studio cancelling the planned release of "The Interview". One U.S. official told NBC News that the country "can't let this go unanswered." The officials told NBC News the hacking attack originated outside North Korea, but they believe the individuals behind it were acting on orders from the North Koreans.

"We have found linkage to the North Korean government," according to a U.S. government source. An official said the U.S. is discussing what form a response could take, and couldn't detail what options the government has available.

You’ll recall that North Korea has been warning the U.S. about releasing the film for months. If the film is released, North Korea’s state mouthpiece once threatened, it would be “an act of war.” Now that Sony has basically met the demands of a maniacal dictator, however, the film has been permanently tabled. Put differently: The “Supreme Leader” has brought the “Great Satan” to its knees. Splendid.

As pathetic as that might sound, I’m also left scratching my head about Sony’s decision. The damage has already been done. So why not just release the film now?

Apparently, one could argue, they didn’t really have a choice:

Sony said it was cancelling “The Interview” release “in light of the decision by the majority of our exhibitors not to show the film.” The studio said it respected and shared in the exhibitors’ concerns.

“We are deeply saddened at this brazen effort to suppress the distribution of a movie, and in the process do damage to our company, our employees, and the American public,” read the statement. “We stand by our filmmakers and their right to free expression and are extremely disappointed by this outcome.”

So blame the exhibitors for being cowardly then -- although Ed Morrissey points out that they had legal niceties to think about. Nevertheless, the whole situation reeks of gutlessness. Even President Obama shrugged his shoulders when asked if “The Interview” could threaten the safety and security of the United States:

The US president certainly did not seem overly concerned. Asked about the stern warnings of retribution targeted at screenings of The Interview, which invoked the memory of the 9/11 terror attacks, Barack Obama told ABC News: “For now, my recommendation would be that people go to the movies.”

Now they can’t, of course, and many people are pissed off. Take, for instance, Mary Katharine Ham who has already started a petition to get the film onto the big screen:

Sign my petition to get #TheInterview released bc I made one bc this pissed me off. http://t.co/m1yojAtdTr #SonyHack #NorthKorea

Sign it if so inclined. But at least read the whole thing. She makes some excellent points.