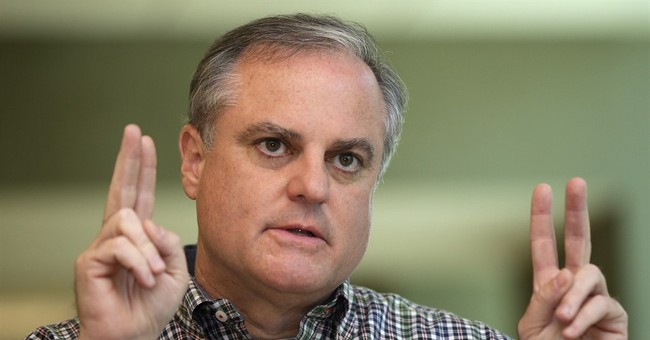 “The trend line in Arkansas looks gruesome for Mark Pryor,” Guy wrote in his preview post this morning surveying a handful of closely-watched Senate contests around the country.

And who among us could disagree?

Consider, for instance, this left leaning (D+7) PPP poll, which dropped over the weekend. Despite the fact that the D/R/I sample breakdown is 39/32/29, Sen. Pryor still finds himself on the losing end: In other words, incumbent Sen. Mark Pryor is in grave danger of becoming a lame duck Democrat. But why is he losing so badly? Four statistics from the internals might provide some clues:

(1) President Obama’s approval/disapproval rating in the state is breathtakingly bad (29/62).

(4) And among female voters, the gender gap is almost nonexistent: For these reasons, the safe bet is that Pryor will lose his Senate seat tomorrow evening, although that outcome is by no means assured. However, when you have left-leaning pollsters saying Republicans like Tom Cotton are “in a strong position to win,” it's easy to see which way the wind is blowing.